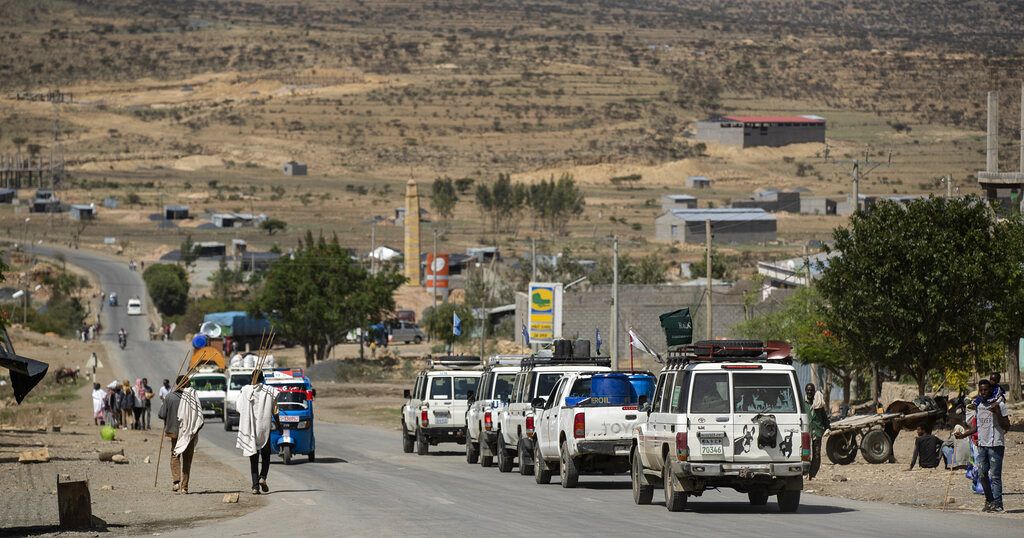 Ethiopia denies the killing of civilians in the war-hit northern region of Tigray.

On Monday, Ethiopia’s deputy attorney general told reporters that ‘’a great majority’’ of those killed in November massacre were fighters and not civilians.

“It is established that the great majority of those killed in the said incident, though they were not in uniform, they were members of the fighting force of TPLF who engaged the Eritrean forces. These (TPLF) forces later went back to the city and attacked civilians in the streets. According to our investigation, 93 individuals were killed due to the fighting”, Fikadu Tsega said.

Reports detailing the official version of what happened in the historic city of Axum by Human Rights Watch and Amnesty International blamed Eritrean troops fighting in Tigray.

It said the dead were mostly civilians.

According to Amnesty Eritrean troops “went on a rampage and systematically killed hundreds of civilians in cold blood.”