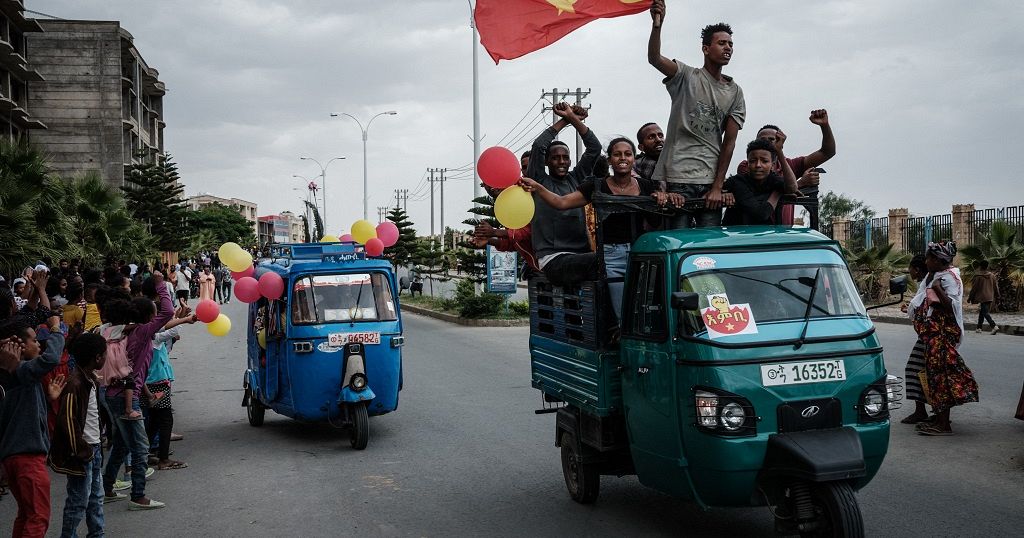 Thousands poured onto the streets of the Tigrayan capital of Mekele Friday. It was a time for a joyous celebration as rebel forces take back the once besieged city.

Local residents lined the streets as the rebels moved through on foot. Some piled onto trucks, with others reaching out to touch them from passing buses.

The rebels marched into the city on Monday. It follows the pulling out of local officials and federal government troops.

AFP reports of the excitement in the streets, as locals jammed to music.

Since marching on Mekele, the Tigray Defence Force has taken more control of territory in Tigray, Ethiopia’s northernmost region. They vowed to drive out all its “enemies” including federal soldiers and their allies, notably from neighboring Eritrea and Ethiopia’s Amhara region.

For its part the government in Addis Ababa has called on the rebels to adhere to its unilateral ceasefire. On Thursday, the foreign ministry spokesman Dina Mufti said “it needs two to tango”.

But there are heightened fears for the plight of hundreds of thousands of people in the region enduring famine conditions, with two critical access roads destroyed this week.

And though Mekele has fared better than more remote parts of Tigray, the city still bears the scars of a conflict marked by stark civilian suffering.

Many of the city’s schools have served as camps for the displaced.