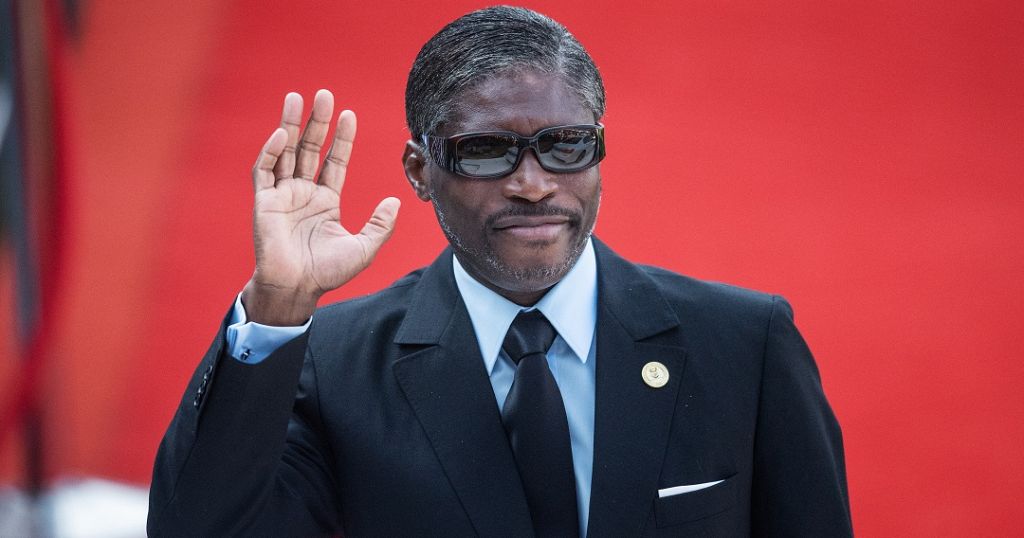 A top French court last year upheld a three-year suspended term against Obiang over property bought in France with funds suspected to have come from plundered state assets.

The decision opened the way to confiscating property in Paris’s top-end Avenue Foch — a 3,000-square-metre (32,000-square-feet) mansion worth an estimated 107 million euros ($113 million) that houses Equatorial Guinea’s embassy as well as apartments.

An appeal court on Wednesday rejected Equatorial Guinea’s bid to overturn the ruling, opening the way, in theory, for the embassy to be forced out of the mansion.

“If Paris goes ahead with expelling our diplomats from our embassy building, we will give the French ambassador 24 hours to leave the territory of Equatorial Guinea,” Obiang warned on Twitter.

He has ruled the small oil-rich central African state for more than four decades, and for the last two years his son has been widely viewed as his successor.

The French foreign ministry, approached by AFP, refused to comment.

Obiang, 53, was also fined 30 million euros in the case, which had rolled on for years before culminating in last July’s verdict, hailed by campaigners as a landmark in the fight against graft.

In its appeal, Equatorial Guinea had argued that the younger Obiang had sold the building to the state in 2011, which had purchased the property in “good faith.”

The country’s legal representative in France, Kevin Grossmann, predicted the French authorities would be unable to expel the embassy and its staff from the building because of diplomatic immunity.

“The building is indeed in the hands of the courts. I am not aware of any expulsion decision by France,” he told AFP.

“(…) To carry out an expulsion order would be tantamout to throwing out the ambassador and the embassy services. This isn’t about to happen,” he said.

The only Spanish-speaking country in sub-Saharan Africa, Equatorial Guinea is one of the most enclosed nations in the continent, and Obiang senior is frequently accused by rights groups of abuses.

Despite its oil riches, most of the country’s 1.4 million people live below the poverty line.

His purchases allegedly included VIP mansions around the world, luxury cars and the crystal-covered glove that Michael Jackson wore on his 1987-89 “Bad” tour.

The French judicial authorities have estimated at 150 million euros the amount the younger Obiang allegedly laundered in France.

His assets included cars valued at 5.7 million euros with three Bugattis, a Rolls-Royce and two Maseratis.