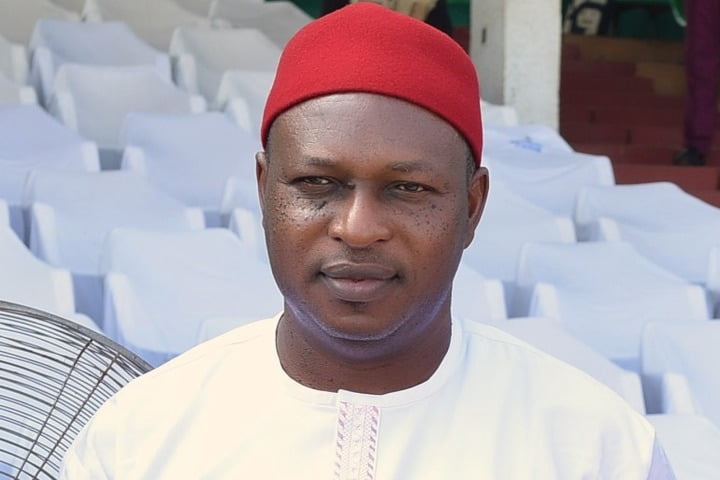 One of the governorship aspirants in the recently conducted Peoples Democratic Party, PDP, governorship primary election in Enugu State, Barr. Chijioke Edoga has finally broken his silence on the outcome of the exercise.

Edoga, who went into the primary election as one of the favourites, lost to Mr. Peter Mbah, who is now the governorship candidate of the party.

He has not uttered a word ever since, leading to several speculations.

But in a statement he personally signed on Wednesday, the former commissioner said though the outcome was dissapointing, he had accepted it in good faith.

He pledged to work with Mbah in order to move the State forward.

His statement reads, “The past three months witnessed a political movement and awakening which is unprecedented in the history of Enugu State, from the moment I Chijioke Edeoga, commenced the campaign to become the gubernatorial candidate of my party the
Peoples Democratic Party.

“Our organization set the State aglow; volunteers worked in every part of the state. They bought into my message of justice, equity, fairness and above all, character and competence. The message resonated with all and sundry.

“The cyberspace came alive; there were bill boards, posters, T shirts, caps everywhere echoing the message.
During our consultations, the clergy, the traditional rulers, the intelligentsia, the
stakeholders, were in full support. When it was time for the primaries, we were confident of victory.

“However, at the point when we thought victory was within reach, the unexpected happened. The disappointment was profound, an uneasy calm enveloped
the state, you could hear a pin drop.
Although we were deeply disappointed with the outcome of the primary election, we have accepted the results in the interest of peace and stability of our beloved State.

“In the heat of the moment, numerous concerned persons suggested we take our message and members to a different party to seek a fresh platform on which to actualize our dreams. However, after giving it a careful and pragmatic thought, we decided to remain in PDP and support the flag bear Barr. Peter Ndubisi Mbah.

“Peter has reached out to us and stretched out a hand of fellowship; we are disposed to support him; the wellbeing of our people and our dear state being of utmost consideration.
Now is the time when intra party jostling should take the back seat. Now is the time to heal and the time to lend a hand towards building up our dear state. In view of the foregoing I hereby urge all my supporters and the people of Enugu State at large to rally behind Mr. Peter Mbah for the tasks ahead.

“I want to thank each and every one of you, family, friends, relatives, associates, my teeming supporters, for your contributions to our campaign. We have shown what’s possible when we come together and unite behind an idea.

“Thanks for your sweat, time,
money, talents, intellect, which were so generously deployed in the course of our great campaign. The whole world has taken notice and because of you, events in Enugu State will now be in public consciousness. Thank you so much. May God bless you and may God bless Enugu State.”

20 mins ago A. Doris Ehujuo

35 mins ago A. Doris Ehujuo

20 mins ago A. Doris Ehujuo

35 mins ago A. Doris Ehujuo