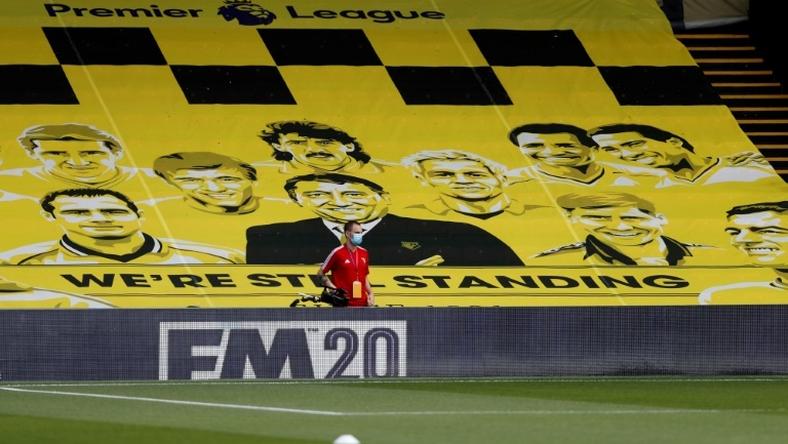 Up to 4,000 people can return to outdoor sports stadiums in parts of England classified as at low risk from Covid-19 from December 2, a decision that affects football, rugby, horse racing and other sports.

Parry told the BBC he was looking forward to getting fans back in more substantial numbers but it was a “welcome start”.

The EFL is considering moving some of its fixtures scheduled for December 1 to the following day in order to get fans in.

“Some clubs will still have safety officers on furlough, it’s taken everyone a bit by surprise,” he said.

“We weren’t really expecting anything before Christmas. There’s a lot of work to do quite quickly and it’s really important that we get this right.”

Colchester chairman Robbie Cowling, whose side play in League Two, said it was vital that fans felt safe when they returned.

“It takes a lot of people and a lot of logistics and we want to plan it perfectly,” he told Sky Sports News.

Premier League chiefs welcomed Monday’s announcement but made it clear only a return to bigger crowds would ease the sport’s financial problems.

Three of the biggest clubs — Liverpool, Manchester United and Manchester City — are located in regions under the strictest “tier-three” conditions, so it remains to be seen whether they will be allowed to admit fans.