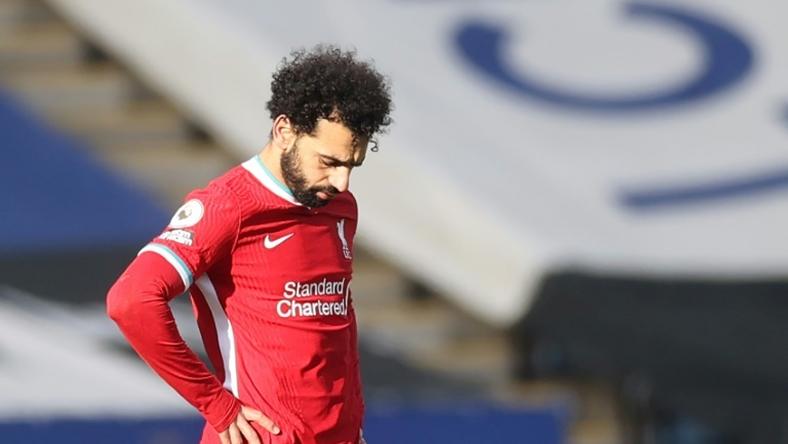 Barred from entering Germany due to coronavirus restrictions, the English champions head to Budapest for Tuesday’s first leg on the back of three wins in their last 12 games in all competitions.

That run has ended their chances of silverware by retaining their league title or lifting the FA Cup, leaving the Champions League as Liverpool’s only route to glory this season.

However, there is little reason to believe there is a revival on the horizon for a squad that has been hamstrung by injuries all season and badly in need of rejuvenation.

The loss of three centre-backs — the talismanic Virgil van Dijk, Joe Gomez and Joel Matip — to season-ending injuries has had a devastating impact on Liverpool’s season.

Midfielders Fabinho and Jordan Henderson have been forced to deputise at the heart of the defence.

Without them, Liverpool’s bite to quickly recoup possession in midfield has gone as has the pace of Van Dijk and Gomez to defend a high line.

To compound matters, goalkeeper Alisson Becker, who has been fundamental to his side’s success over the past two seasons, has made glaring errors to concede seven times to Manchester City and Leicester in the last two games.

The injuries have also meant the core of Alisson, Trent Alexander-Arnold, Andy Robertson, Henderson, Fabinho, Georginio Wijnaldum, Sadio Mane, Roberto Firmino and Mohamed Salah have had to carry a huge burden of minutes in a season congested like no other.

“When you look at the percentage of Premier League minutes played from August 2018, this is a team that have gone to the well for three years and produced unbelievable moments, trophies for this club,” former Liverpool defender Jamie Carragher told Sky Sports.

“This is not an attitude thing. This is not a team who think, ‘We’ve won the league, we’ve made it’. They just haven’t stopped for three years.”

Carragher pointed to the transformational impact the three signings of Salah, Van Dijk and Alisson had in consecutive transfer windows in 2017 and 2018 to turn Liverpool from contenders for a top-four finish in Klopp’s early years into champions.

However, key to the recruitment of those three players was the sale of Philippe Coutinho to Barcelona for £142 million ($197 million, 162 million euros) in January 2018.

With Salah and Mane turning 29 this year and Firmino 30 in October, the chance to cash in on another prize asset in their peak looks to have gone. Wijnaldum also looks set to leave for free when his contract expires at the end of the season.

Without significant sales, even the Premier League champions cannot spend freely after a year of little matchday revenue.

Leipzig’s controversial ownership structure as part of Red Bull’s sports empire may be not be popular with fans in Germany, but it has helped them become a model for successful player trading.

Dayot Upamecano’s departure to Bayern Munich at the end of the season for 43 million euros is the latest big profit to be made on a player signed for just two million euros by another Red Bull-owned club Salzburg five-and-a-half years ago.

Liverpool have been frequent shoppers from the Red Bull stable themselves in signing Naby Keita and Takumi Minamino, while Mane also made his name at Salzburg. Another Leipzig centre-back Ibrahima Konate has been rumoured as the long-term solution to Liverpool’s defence.

Despite losing the goals of another long-term Liverpool target Timo Werner to Chelsea, Leipzig are Bayern’s closest challengers for the Bundesliga this season and knocked out Manchester United to reach the last 16 from a competitive group, also including Paris Saint-Germain.

A steady stream of young new recruits such as Dani Olmo, Dominik Szoboszlai, Amadou Haidara, Christopher Nkunku, Konate and Angelino, has made Leipzig a force on the European stage and a lesson for Liverpool in how not to allow standards to slip with a stale squad.