Popular Nollywood actress, Lala Akindoju has slammed actor Femi Durojaiye for demanding money from up and coming actors to give them roles in his movie projects.

The actor also asked them to pay a certain amount of money to be eligible to participate in the production.

Reacting, Lala who is uncomfortable with the Idea took to her Twitter account on Friday evening to slam Femi for being inconsiderate.

She also advised young actors to stay away from such offers, adding that nobody has the right to charge them in exchange for a role.

“A certain Mr Femi Durojaiye is running a promo for young/new actors to pay N35,000 to secure them roles in films.

“It is not a training or academy. Actors, please don’t fall for this. Nobody should collect money from you in exchange for a role. It is robbery and it wrong,” she said. 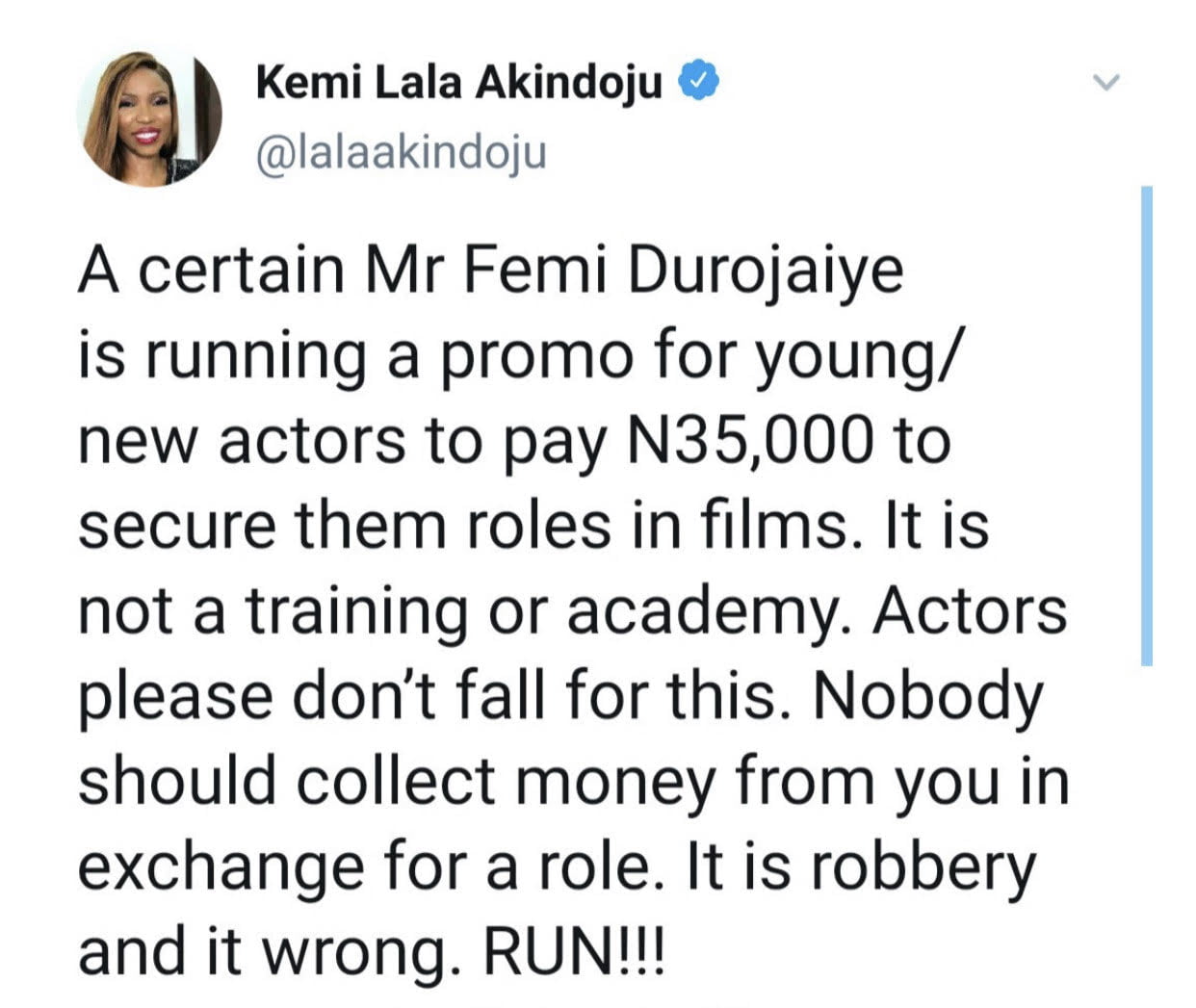 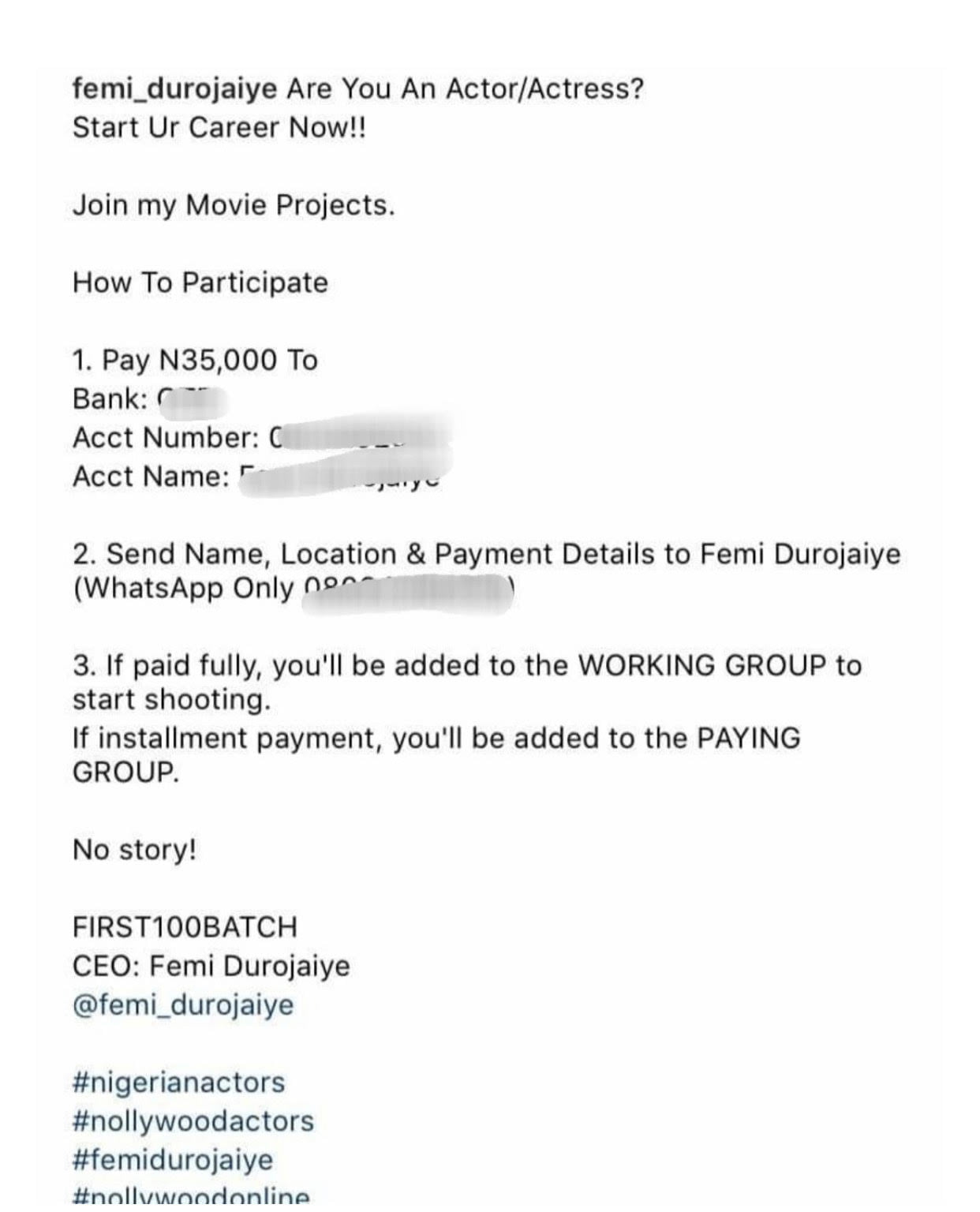