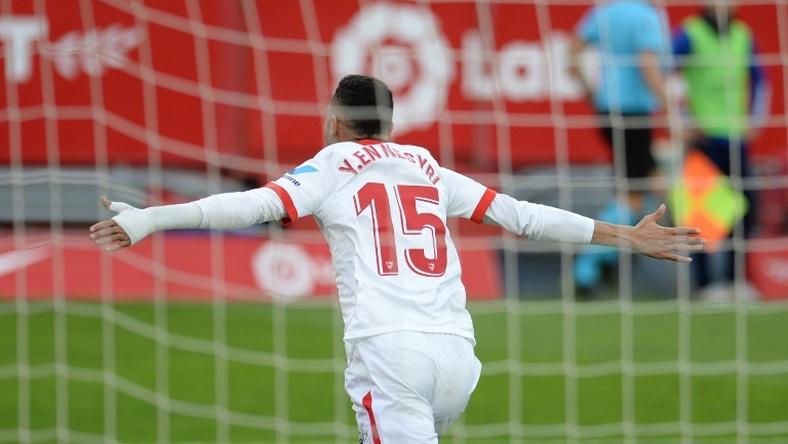 En-Nesyri hit Cadiz twice in four minutes towards the end of the first half before making it three shortly after the hour to send Sevilla above Barcelona, who play Elche on Sunday.

The Moroccan striker’s treble takes him level with Lionel Messi and Luis Suarez at the top of the league’s scoring charts with 11 goals and makes it seven for him in the last four matches.

That spree included another hat-trick in his last outing at the Ramon Sanchez Pizjuan, against Real Sociedad earlier this month.

Trailing Atletico Madrid by eight points, Sevilla may have too much ground to make up to challenge for the title this season but Julen Lopetegui’s side look favourites now to join Spain’s traditional trio in the top four.

Cadiz, meanwhile, slip to ninth, below Real Betis, who came from behind to salvage a 2-2 draw at Real Sociedad by scoring twice in the last five minutes.

Real Sociedad were on course for a hard-earned victory at Anoeta when Alexander Isak and Mikel Oyarzabal put them two to the good early in the second half.

But Betis threw on the 39-year-old Joaquin for the last 13 minutes and he turned the tide, providing a superb assist for Sergio Canales in the 85th minute before finishing himself in the 92nd.