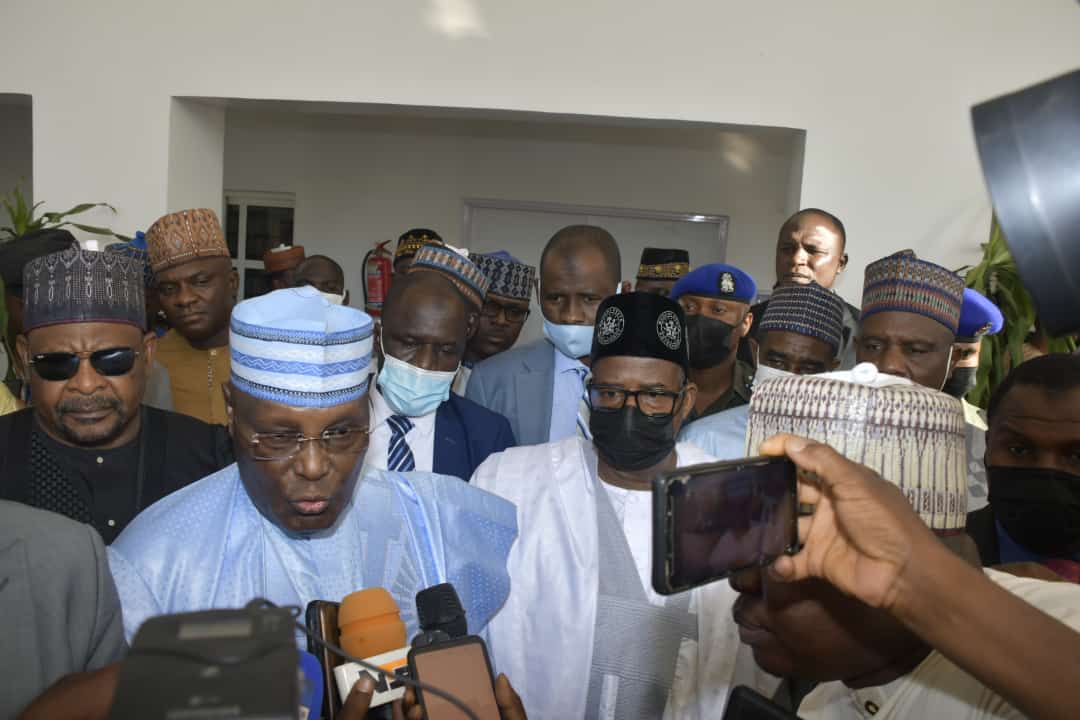 Former Vice President, Atiku Abubakar, on Thursday, urged the ruling All Progressives Congress (APC)-led government to emulate the infrastructural development in states being governed by governors elected on the platform of Peoples Democratic Party (PDP) in order to surmount unemployment that is breeding social ills, including insecurity in the country

Abubakar stated this in Bauchi while inaugurating the 4.2 kilometres Gombe-Maiduguri Bypass road constructed by the administration of Governor Bala Abdulkadir Mohammed.

According to the former vice-president, infrastructural projects were instruments of economic empowerment being used to create jobs for unemployed youths, declaring that unemployment was the root cause of social ills, including banditry, kidnapping, among others.

The PDP chieftain commended Governor Mohammed for his administration’s relentless efforts in delivering dividends of democracy to the people of the state and urged the governor to sustain the momentum and accelerate the pace of good governance in Bauchi State.

“Let me commend you for reducing the unemployment in the state and the country at large because it is this unemployment wave that is creating all the social ills that we are facing in the country.

“I wish the Federal Government would copy what the PDP states are doing in this country because in every PDP state you go, you will find infrastructural development projects taking place and I cannot recall any APC state commissioning projects,” he said.

Abubakar noted that Mohammed’s giant strides in Bauchi is the governor’s way of laying the pathway for PDP to retain the state and its return to power at the federal level.

“Your Excellency, you are virtually laying the pathway to the return of PDP in the state and also the country at large. I want to commend your contributions in that regard,” he said.

He then commended the state House of Assembly, which is controlled by the APC, for its cooperation with the executive arm of the state government, saying that this is a demonstration of placing the state above any other considerations.

“Let me also use this opportunity to commend the state House of Assembly, that in spite of the fact that the Assembly is controlled by the opposition party, the development of the state is far more important to them than political beliefs.”