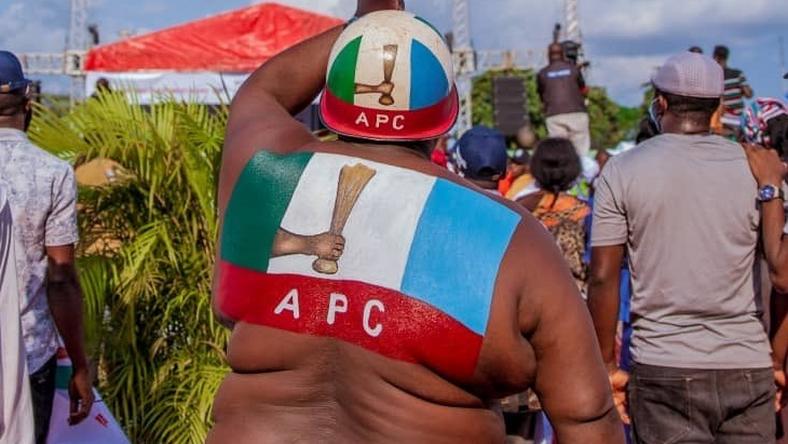 “Our attention has been drawn to the nightmarish forecast of an out of character victory by a faceless and nameless opinion poll organisers of PDP victory in the rescheduled Lagos East Senatorial by-election.

“The fact that they couldn’t name the poll organisers can best be described as the stuff of fiction and hallucination typical of an opposition party that is fast going into extinction,” Oladejo said.

The APC spokesman observed that it was a bad manner for PDP to award itself marks in a contest that was still days ahead.

“However, we are not taken aback by the sudden last minute blabbing in response to its campaign that has gone largely comatose in the past few days.

“The fact that the background, credentials and integrity of PDP candidate has been subjected to public scrutiny will naturally elicit face saving measures,” he said.

Oladejo said the APC Senatorial Candidate, Tokunbo Abiru, is the candidate to beat.

According to him, Abiru represents a refreshing breath of politics with a difference.

He added: “Lagos East deserves a Senator with an impeccable character, unquestionable credentials and a rare combination of private and public sector experience.

“While we acknowledge the incredible diligence of Gbadamosi in the social media, he will do well to note for future escapades that elections are won by reaching out to the real people in the homesteads, market places, community leaders, youth organisations.

“As we count down to the by-elections on Saturday, we in the APC remain implicitly confident of victory while we await the traditional lamentation by PDP thereafter.”

The News Agency of Nigeria (NAN) reports that PDP Publicity Secretary, Taofik Gani, on Sunday in Lagos said that candidates of the APC would be defeated in the Lagos East Senatorial and Kosofe Constituency II elections scheduled for Dec. 5.

According to Gani, the party will win four out of the five Local Government Areas that make up the Lagos East Senatorial District – Somolu, Kosofe, Ikorodu, Epe and Ibeju-Lekki- to win the senatorial election.

He said that the PDP was confident of the victory arising from reports of unverified polls conducted by two independent vote speculator organisations.