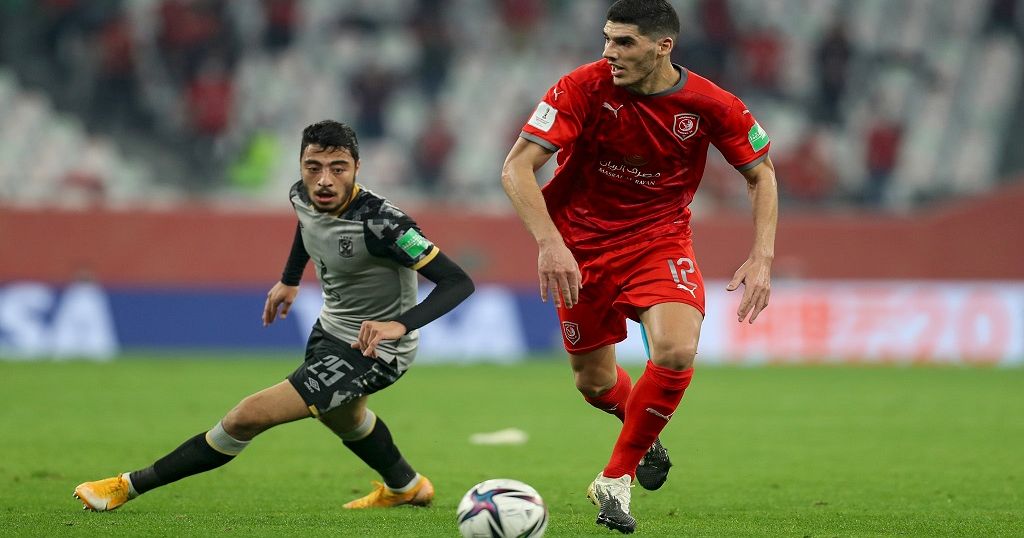 The African giants Al Ahly from Egypt beat Al Duhail 1-0 in a stiff match on Thursday to set up a semi-final clash against German champions Bayern Munich at the Fifa Club World Cup in Qatar.

The sole goal was scored by Hussein El Shahat after thirty minutes in Al Rayyan stadium.

The goal came after the Congolese striker Walter Bwalya pounced on a mistake by Al Duhail’s Bassam Hisham, reaching El Shahat on the edge of the box leading to a massive celebration afterward.

They will be appearing at the Club World Cup for the sixth time, their best showing a third-place finish 15 years ago when they were beaten in the semi-finals by eventual champions Internacional of Brazil.

The Congolese striker Walter Bwalya later chipped in the second goal only to be ruled out through VAR as offside.

South African Pitso Mosimane became only the third coach to win the competition with two clubs, having led Mamelodi Sundowns to the 2016 title.

Al Ahly conceded just eight goals in 34 games in cruising to a fifth successive league triumph and won the Egyptian Cup on penalties in December.

Mohamed ‘Afsha’ Magdy, whose late winner saw off Zamalek to punch Al Ahly’s ticket to Qatar, is one of several Egyptian internationals in the squad.