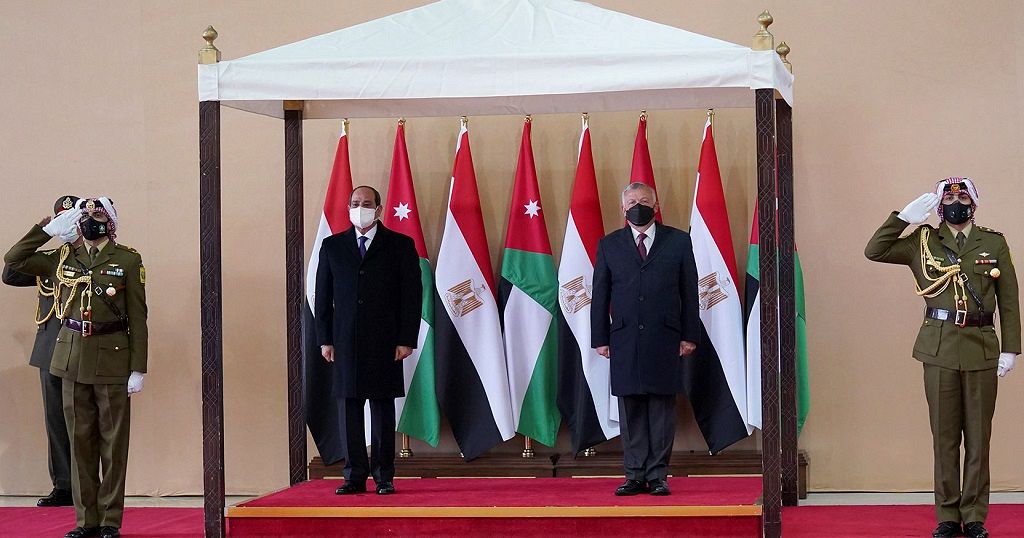 An official reception ceremony was held for the Egyptian president at the military airport.

And their joint aspiration to continue building on what has been accomplished in the previous three summits, a Royal Court statement said.

Abdullah stressed the need to achieve a just and comprehensive peace on the basis of a two-state solution, which guarantees the establishment of an independent, sovereign and viable Palestinian state on the 4 June 1967 lines, with East Jerusalem as its capital, the statement added.

The Egyptian delegation accompanying the Egyptian president included the Minister of Foreign Affairs, the Head of General Intelligence and the Commander of the Republican Guards.