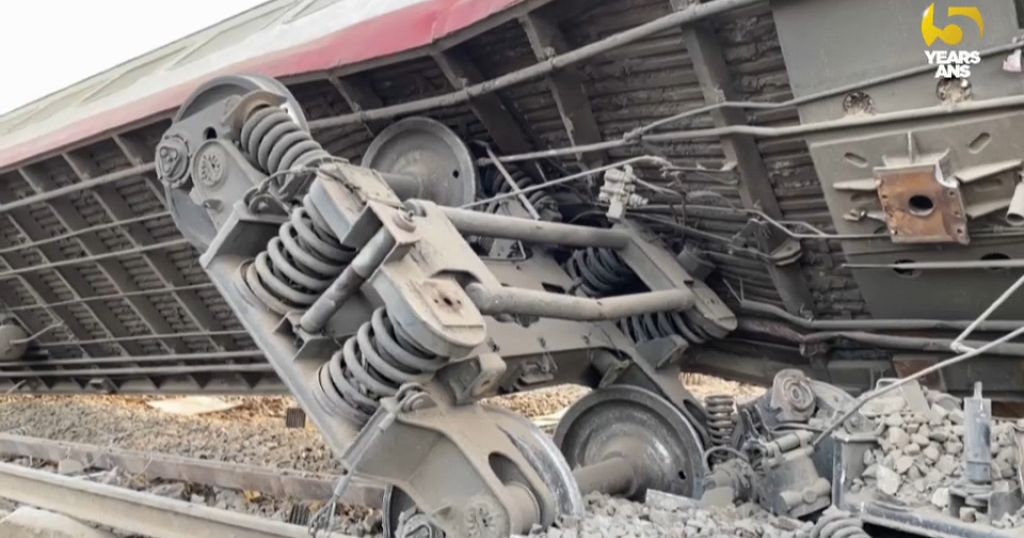 Eleven people were killed and about 100 injured on Sunday in a train accident in Egypt’s Qalioubia province north of Cairo,

Railway authorities say that at least four train wagons ran off the tracks at the city of Banha in the province.

An injured passenger Tarek Gomaa narrated the events before the accident.

“I was in the air-conditioned car Number 3, and before the (Sandanor) station, we were surprised by the train speeding up and we found ourselves on top of each other, and dense dust and we could not get out.”

Egypt’s Health Ministry said in a statement that at least 100 others were injured while around 60 ambulances were sent to take the injured from the scene to nearby hospitals.

The train was travelling to the Nile Delta city of Mansoura from the Egyptian capital, the statement added.

Sunday’s train accident came three weeks after two passenger trains collided in the province of Sohag, killing at least 18 people and injuring 200 others, including children.

The government says it has launched a broad renovation and modernization initiative.