The comedian was arrested on Wednesday, April 21, 2021, in Lekki, Lagos, following an intelligence report received by the commission.

Pankeeroy is alleged to have been involved in ‘Bitcoin scam,’ an illicit act he said he started after falling into depression. 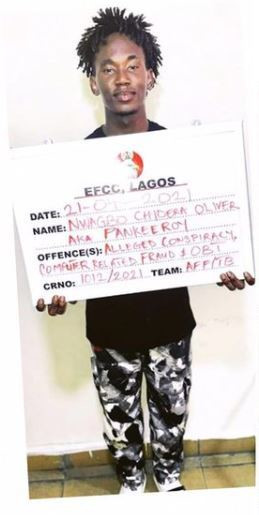 According to the EFCC, the comedian posed as a vendor who redeems bitcoin vouchers using a platform to defraud his unsuspecting victims.

Among the items seized from the comedian include a Mercedes Benz car worth N36M.

The commission also revealed that the suspect has N22,300,000 worth of Bitcoin in his blocked chain account.

He is a Computer Science graduate of the Redeemers University, Ede.