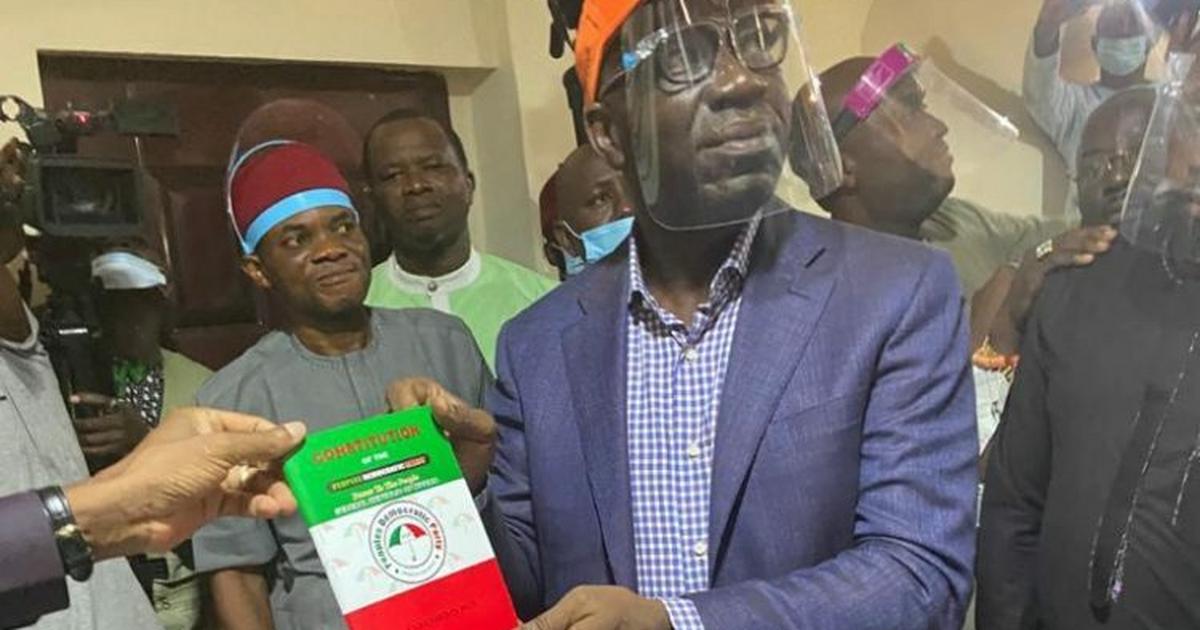 Osuji said that Obaseki’s developmental stride in his first tenure must be sustained beyond 2020.

He said: “The Obaseki-led government has shown uncommon zeal in pursuing an industrialisation roadmap that is changing the state to an investment haven.

“The governor is working tirelessly to transform the state and we urge him to continue with his people-oriented and transformational projects and reforms.

“He has the support of the majority of the people and no one can stop him.

“We are proud of his achievements in the last three years and seven months. He has brought governance closer to the people.

“As non-indigenes, we are impressed with his landmark achievements in various sectors of the state’s economy.

“We are from various parts of the country and we know what is going on in our home states and what he has done for the people here.

“Obaseki is a blessing to humanity and Edo people. We are affirming our support for him to enable him to continue his giant strides in the state.”

According to Osuji, the governor’s achievements are there for everyone to see.

“Even as visitors resident in Edo we can clearly see all the projects the administration has embarked upon, which have touched the lives of Edo people positively.

“The projects, include the reconstruction of the Samuel Ogbemudia Stadium, roads and schools, impactful reforms in the education sector and building of secretariat complex.

“Others, including the prompt payment of workers’ salaries, have endeared the governor to us.

“We are confident that he will be re-elected to consolidate on these projects,” Osuji further said.

Also, Secretary of the group Musa Mohammed said that the non-indigenes were strongly behind the governor on account of his sterling performance in all sectors.

“We are specifically happy over the elimination of harassment, double and over-taxation by thugs employed by the previous governments.

“Now, we can go about our daily businesses without fear of harassment or intimidation,” Mohammed said.

He further said that the Hausa community in Edo was satisfied with the governor’s performance and promised that they would come out en masse on Sept. 19 to vote for him.