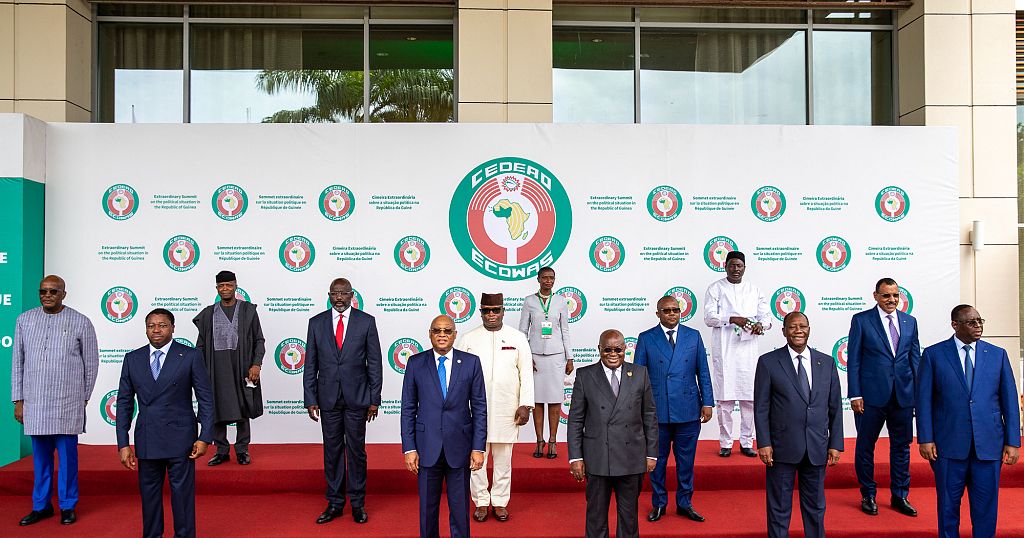 The leaders of the Economic Community of West African States (ECOWAS) will hold an ordinary summit this Sunday 12 December in Abuja, the Nigerian capital.

The leaders will address several issues ranging from terrorism and violent extremism in the sub-region, the implementation of the common currency, and two political crises in Mali and Guinea, which have experienced coups in recent months.

The meeting will further discuss a way forward on Mali whose leaders have failed to commit to holding elections on 27 February 2022.

ECOWAS last month placed numerous sanctions on various leaders in Mali restricting their travel and freezing their assets in all the member countries.

In Guinea, the new authorities have not yet announced a timetable for the duration of the transition.

Colonel Mamadi Doumbouya and his entourage are already subject to travel bans.

ECOWAS could extend these sanctions to the entire government team.

However, the civilian and military authorities are trying to meet the expectations of ECOWAS.

Alpha Condé has been transferred to his wife’s home though he is still under house arrest.

A government has also been formed in Guinea and 81 members have been appointed and will act as the national transitional council.

Ahead of the summit of heads of state, scheduled for Sunday, the Council of Ministers also met this Friday in Abuja to address some of these issues.