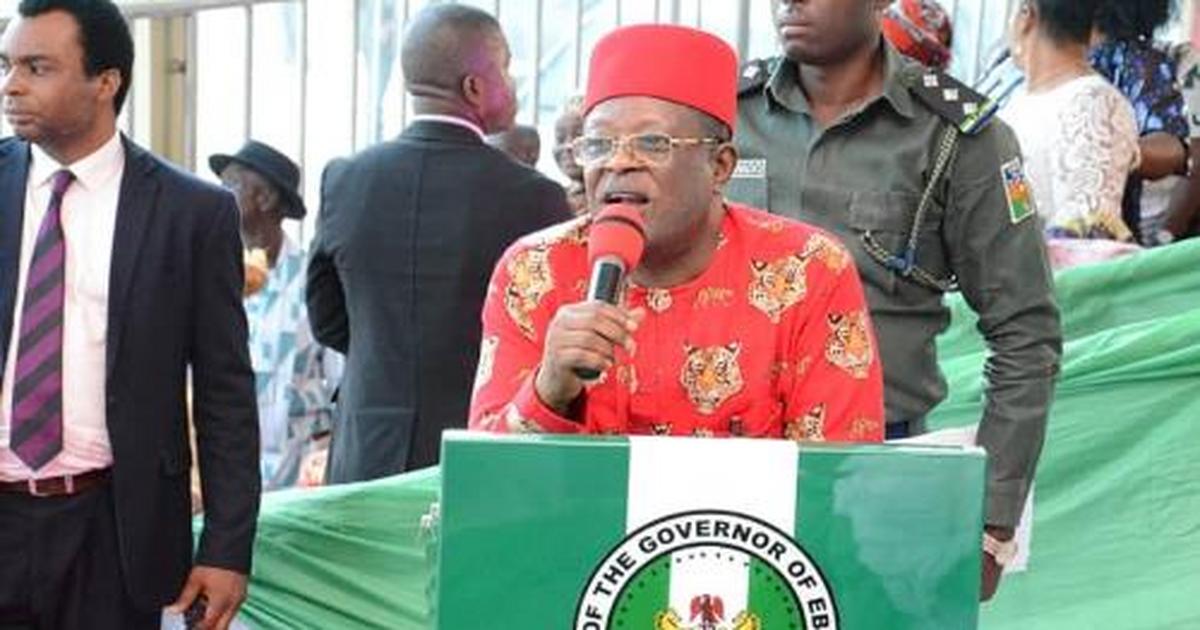 Umahi according to the statement, made the endorsement during the burial of the father to the state Commissioner for Trade and Investment, Mrs Chioma Nweze at Okposi, Ohaozara Local Government Area of the state.

“The governor assured that the speaker will consolidate on the divine mandate leadership in the state.

“He appealed to the people of Ebonyi south senatorial zone and all Ebonyi people to support the candidacy of the speaker for the sake of equity, justice, and fairness,” the statement read.

The statement indicated that the governor presented the speaker to Okposi people reminding them that the those of Ebonyi north zone offered their support when the southern zone sought such to produce the governor in 2015.

“The governor implored that it was time to pay back and promised that the divine mandate platform upon which the government came into office will continue.

“He urged the people not to fear as there was no one anointed by God that is not criticised by people.

“2023 elections will be based on ticking the ballot boxes and not about promises.

“It is a fact that my performance in office and that of others would be used by the APC for campaigns.

“The next president of the country should come from the south for equity, justice, and fairness.

“The All Progressives Congress (APC) and the Peoples Democratic Party (PDP) should offer explanations to the people if they fail to allot the position to the south east zone,” the statement read.

The statement also indicated that the governor reacted to the recent outbursts of Gov. Nyesom Wike of Rivers on him and challenged the latter to a debate.

“We both want to be president so the debate will enable people assess the deployment of our intellectual properties,” the statement read.