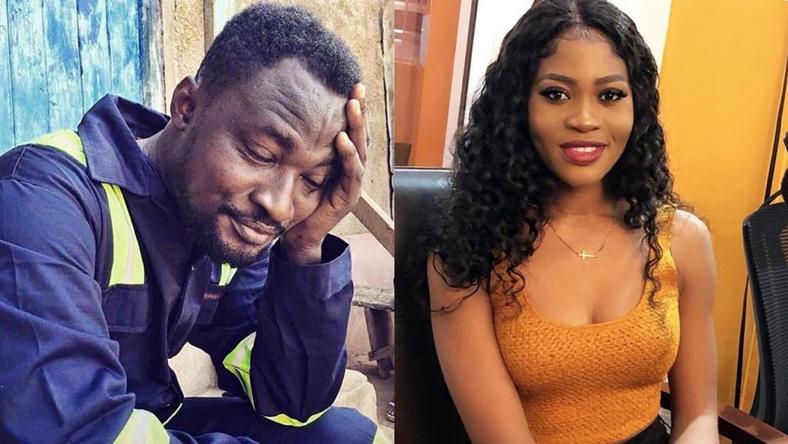 The Ghanaian actor after his recent brouhaha with the mother of his three children has been arrested recently for causing a disturbance in a Kasoa bar after he lost a fight and returned to the venue to fire gunshots.

The actor appeared in court today where His Lordship Ebenezer Osei Darko who presided over the hearing has asked Ghana Police to take him to a psychiatric hospital for two weeks for exhibiting signs of depression.

Funny Face’s story has since been attracting comments on social media, with one from Ghana singer, Eazzy, who is calling for prayers for the actor known in real life as Benson Nana Yaw Oduro Boateng.

Taking to Twitter, Eazzy appreciated the actor’s craft since his breakthrough in Chorkor Trotro plus his compassion for kids and said “a prayer for Funny face . He’s made me laugh from his chorkor Trotro days and he’s made so many kids happy in his own way“.

The singer who dropped the official music video for her ‘Celebrate’ song, concluded that ” whatever is going on, I pray God makes it all good and peaceful again“.

This comes to add to the likes of Kofi Asamoah, Prince David Osei, Kwaku Manu, MzVee among others have on several platforms called for the need to support the comedian in recent times.