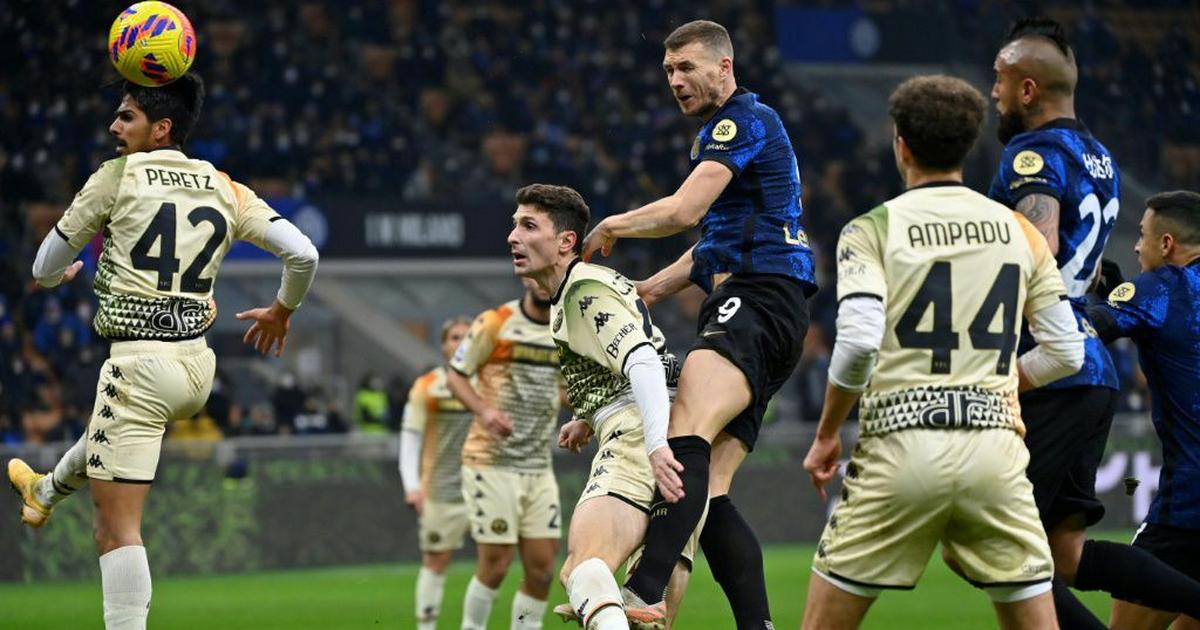 Inter were heading for a frustrating draw at the San Siro after Nicolo Barella had levelled Thomas Henry’s early opener for the away side, but Bosnian forward Dzeko struck in the 90th minute with his first goal in nine matches in all competitions to snatch a dramatic win which extends Inter’s lead on AC Milan.

The champions’ local rivals now need to beat Champions League-chasing Juventus on Sunday night to make sure that their local rivals do not start to pull away from the chasing pack before the Milan derby after the coming international break.

Dzeko’s winner relieves the pressure on a tired-looking Inter, who were below their best against spirited opposition who had come into the game hit with a host of Covid-19 cases.

“There aren’t any easy games… we came from two matches which went to 120 minutes and a tough draw in Bergamo (against Atalanta). Every now and again you’re going to struggle,” said Dzeko to DAZN.

“My goals had been lacking but when the team wins that’s the important thing. It was great scoring right at the end.”

Third-placed Napoli are now seven points behind Simone Inzaghi’s side ahead of their regional derby with bottom-side Salernitana on Sunday afternoon.

Like Milan, Luciano Spalletti’s Napoli will have played a game more by the end of the weekend with Serie A ruling this week that Inter’s unplayed match at Bologna from earlier this month should be rescheduled.

Defeat was a crushing blow for Venezia, who opened the scoring through Thomas Henry but sit 17th, two points above the relegation zone.

Famed for their flamboyant attacking displays, fourth-placed Atalanta showed their tougher side as they came away from the Stadio Olimpico with a point despite having a huge chunk of their first-choice line-up missing through injury or Covid positives.

Gian Piero Gasperini’s side, who hold the last Champions League spot, can however be overtaken by Juve who are two points behind in fifth ahead of their showdown with Milan at the San Siro.

They held off Lazio in an uninspiring opening period which featured no shots on target, but even though Duvan Zapata, Josip Ilicic, Luis Muriel and Ruslan Malinovskyi were all out they caused some small scares for the hosts, with Aleksey Miranchuk twice going close after the break.

Lazio were frustrated by their well-organised opposition — with Merih Demiral a stand-out performer in the Atalanta defence — and the exasperation reached new levels in the 64th minute when Mattia Zaccagni smashed a low drive off the post.

Beyond an Adam Marusic flash shot which flew just put the upright, that was it for incident and both sides had to settle for a draw which will give more satisfaction to the away side, with Lazio up to sixth but still seven points off the top four and booed off the field by their fans.

Earlier Genoa played out a goalless draw with Udinese in the struggling Serie A side’s first match under new coach Alexander Blessin.

Blessin, a top-level novice, arrived on the Italian riviera from Belgian team KV Oostende on Wednesday as Genoa try to climb out of the drop zone.

They stay second-bottom in Serie A after their 20th match without victory, on 13 points, five behind Venezia.