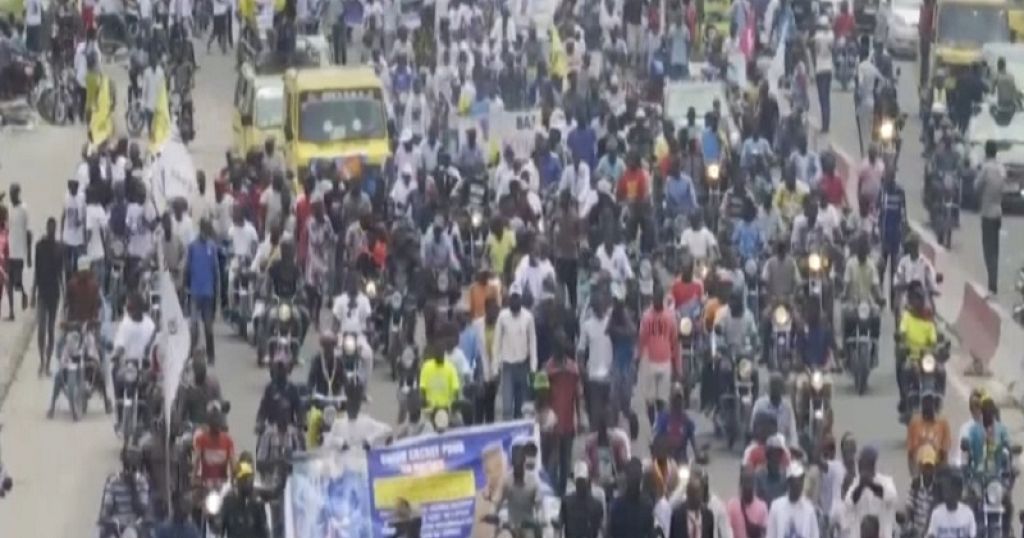 Thousands of Activists Marched in Kinshasa

The streets of Kinshasa on Saturday saw thousands of activists of the presidential Union for Democracy and Social Progress political party who marched to support the consultations — launched by the President of the Democratic Republic of Congo Felix Tshisekedi on November 2, to form “a union of the nation” in the midst of a crisis with the camp of his predecessor Joseph Kabila.

The Kabila camp claims to see through these consultations and the march and believe it an attempt to rebuild the unity of the ex-opposition from which President Tshisekedi came.

“It is a plot to neutralise our moral authority Joseph Kabila, put him out of the game, with him the FCC,” André-Alain Atundu, one of the pro-Kabila spokesmen, told AFP.

The consultations — on pause for the weekend, will resume on Monday.