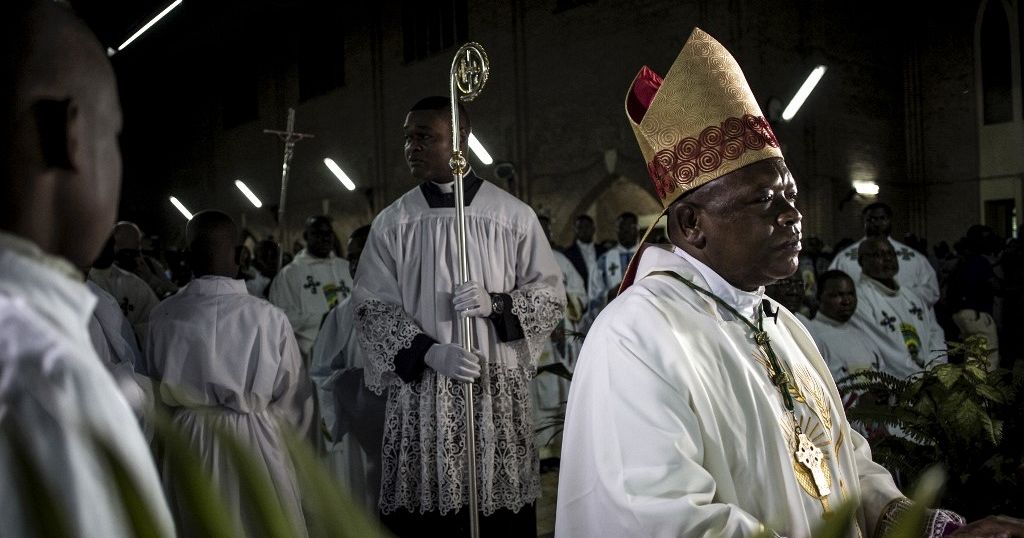 The Catholic church in the Democratic Republic of Congo has waded into the political crisis that has gripped the country calling for a divorce between the two coalitions running the affairs of the state.

On Tuesday (June 30) Archbishop of Kinshasa, Frindolin Ambongo has called for the dissolution of the political alliance between President Tshisekedi and his predecessor Kabila.

The cleric cited mistrust among members of Kabila’s Common Front of Congo, FCC and the president’s Union for Democracy and Social Progress, UPDS. The archbishop called on Catholics to speak out on the issue.

He noted the current political tension has been stoked by MPs of former president Joseph Kabila’s Common Front for Congo which has a parliamentary majority.

Monsignor Ambongo also accused the president of the Congolese national assembly of ‘contempt’ by renewing the mandate of the head of the country’s electoral commission. Another bone of contention between the allies is the justice reforms initiated by pro-Kabila MPs.