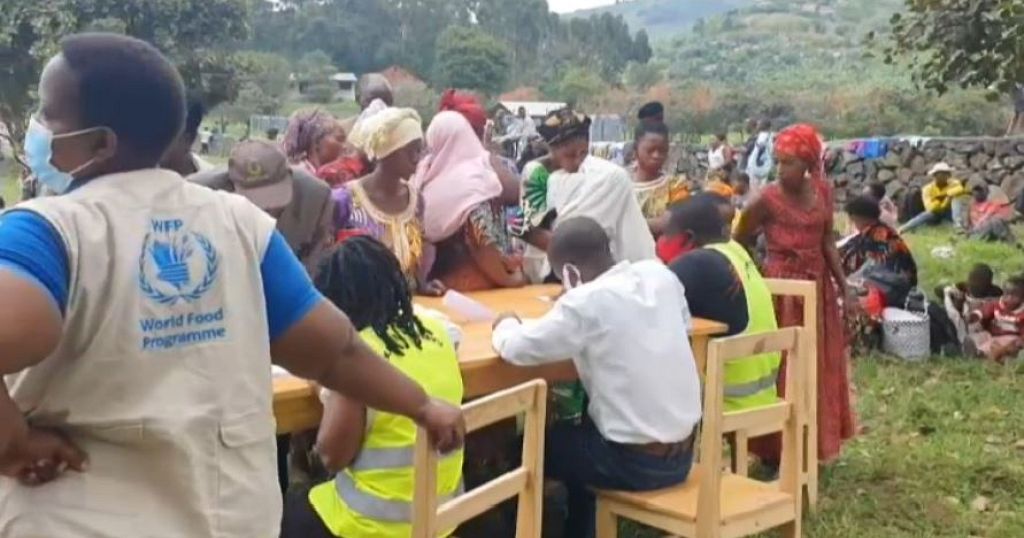 Thousands of people from the Democratic Republic of Congo are returning to neighbouring Rwanda, fearing that the Mount Nyiragongo volcano may erupt again.

Last week, an eruption killed more than 30 people and destroyed thousands of homes.

Rwanda’s President Paul Kagame has raised concerns the county has limited means for the influx.

“We already need urgent global support to keep monitoring, knowing what is going on. And we are already seeing also signs on our part, in the cities at the border, adjacent to Goma, Rubavu, Gisenyi. Already homes that have been destroyed by earthquakes, the roads, the infrastructure. People are being displaced,” he said.

The influx at camps has the UNHCR and the Rwandan government worried about a coronavirus outbreak.

The camp is surrounded by policemen, one of whom told AFP that they were ordered to ensure that displaced people do not join the general population and spread any virus.

“Only those who want to go back to DRC can leave, and they are driven back to the border and allowed to leave,” the policeman told AFP.

An official from the ministry of emergency management, speaking on condition of anonymity, said there were currently sufficient supplies of food, water and medicine.

But this could change as more people come into the country.

“For now we don’t know how the situation will evolve or for how long the refugees are going to stay in Rwanda but for now we have the required capacity for the initial response,” Elise Laura Villechalane, external relations officer of UNHCR Rwanda told AFP.

Rwanda’s Rubavu district, which borders DRC, has also been seriously impacted by the eruption, with a spate of earthquakes rattling the area since Saturday.

Tremors have even been felt in the capital Kigali, some 90 kilometres (85 miles) away.

Some roads have been closed off due to huge cracks in the tarmac while over 1,200 houses have been destroyed.