Skip to content
A. Doris Ehujuo 1 year ago 1 min read 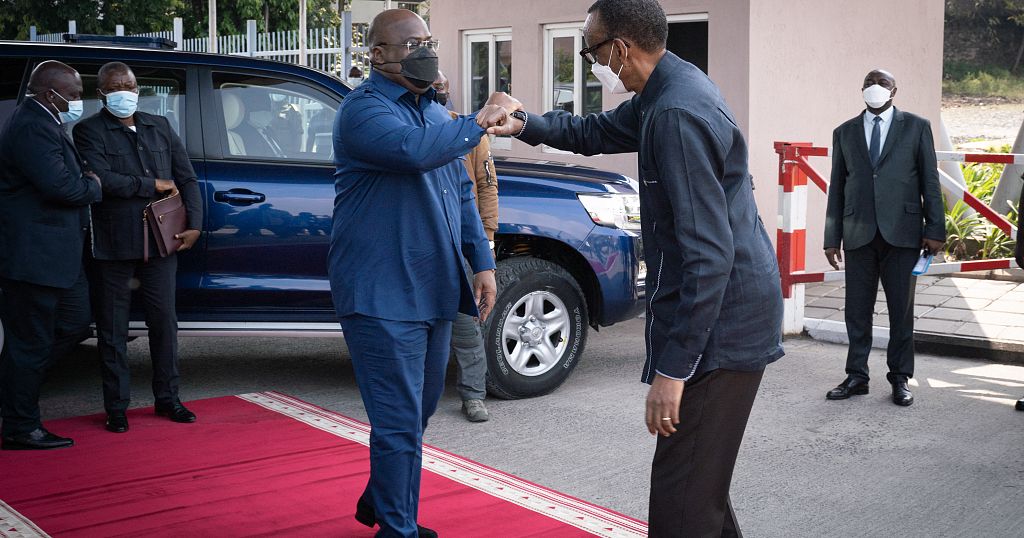 The Democratic Republic of the Congo and Rwanda signed on Saturday three agreements on bilateral cooperation after a meeting between the two heads of state.

The agreements were signed during the visit of Rwandan President Paul Kagame, who met with his Congolese counterpart Felix Tshisekedi in Goma on Saturday.

The agreement signed concerns the promotion and protection of investments, taxation and tax evasion between the two countries and a memorandum on gold mining cooperation.

According to Felix Tshisekedi,“It is time to experience the other side of sharing peace, love and economic fraternal exchanges between our two countries”

We signed a number of agreements. I believe this is just the beginning. There are many areas that we are going to come to, in which we can cooperate to build a solid relationship, but also bases for cooperation between our two countries.” added Paul Kagame, President of Rwanda.

It was an occasion for DRC to reiterate its interest to join the East African Community (EAC), a decision that is generating reactions in Goma.

The two presidents have held many meetings in recent months, particularly during international summits. Before the Rubavu meeting, the two leaders met face-to-face on May 17 in Paris, on the sidelines of the international summit for the financing of African economies.

58 mins ago A. Doris Ehujuo

45 mins ago A. Doris Ehujuo

58 mins ago A. Doris Ehujuo