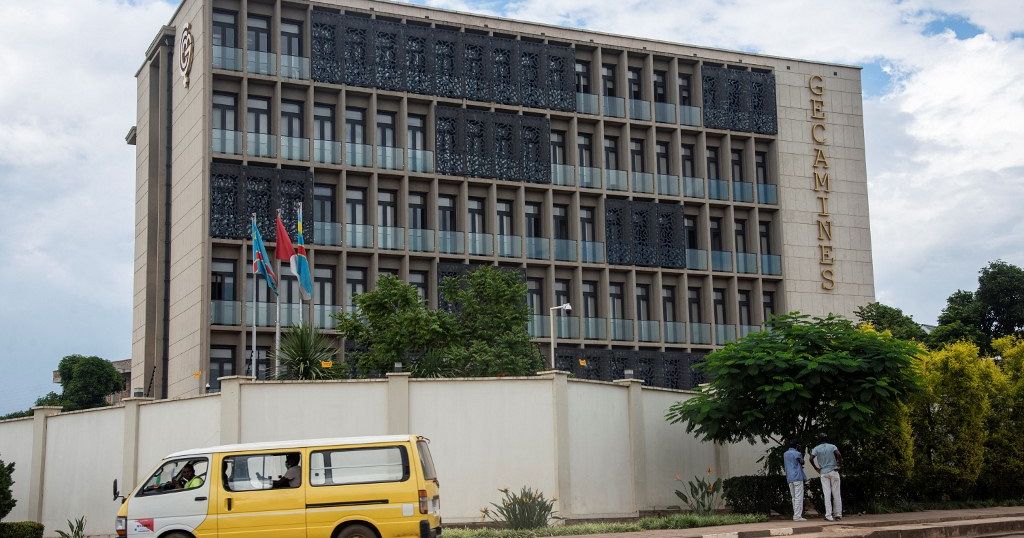 On a visit to the mining eldorado of Katanga, the president of the Democratic Republic of Congo (DRC), Felix Tshisekedi, announced his intention to renegotiate mining contracts, particularly those signed with China by his predecessor Joseph Kabila, a revision promised in the name of the Congolese people who “still languish in misery”.

“It is not normal that those with whom the country has signed exploitation contracts get rich while our people remain poor,” said Felix Thisekedi on Thursday during a visit to the mining town of Kolwezi. “He said it was time for the country to readjust its contracts with the miners to seal win-win partnerships,” he said at a rally in the town centre, cheered by thousands of residents.

“I’ve really had enough! (…) I’m very harsh on these investors who come to enrich themselves alone. They come with empty pockets and leave as billionaires,” the head of state blasted. “It is also our fault. Some of our compatriots had badly negotiated the mining contracts. Worse, the little that goes to the state, they put in their own pockets,” he accused, promising to make “the great Katanga, the whole Congo (…) the world capital of strategic minerals”.

Arriving the day before in Lubumbashi, the capital of Upper Katanga, he had already vilified the mining investors in the region who “have stolen too much from us”, who “are getting richer and richer” while the Congolese “continue to languish in misery”. Katanga is home to immense mineral wealth, including cobalt, copper and uranium, in a country often described as a “geological scandal” because its subsoil is so rich.

Under colonisation, and then independence with the state-owned Gécamines, the region has always contributed more than 50% of the national budget, and almost all exports. The bankruptcy of Gécamines in the 1990s was synonymous with the collapse of the country’s economy.

Foreign mining investors arrived massively in Katanga in the 2000s (during the “mining boom”), as Gécamines’ deposits were sold off, but without the slightest impact on the daily lives of the 90 million Congolese people, most of whom have been left to fend for themselves by a failed state, while the DRC remains the eighth poorest country in the world.

Some forty mining companies are currently operating in Katanga, including the giants Gécamines and Tenke Fungurume Mining (TFP). About thirty are Chinese or have a majority of Chinese capital. For the daily “Le Potentiel”, the words of Félix Tshisekedi during his visit to Katanga are aimed primarily at the Chinese partner. He is thus starting “a showdown with China over contracts with Kabila”, while the DRC, “once a major ally” of Beijing, “has now moved closer to the United States”.

Elected in December 2018, Félix Tshisekedi broke away in December 2020 from the coalition he formed with the Kabila camp, after two and a half years of co-managing the country. In power from 2001 to 2019, Joseph Kabila had negotiated in 2008 a contract in the form of a barter (cobalt and copper in exchange for the construction of infrastructure) with a Chinese consortium for an amount of nine billion dollars, renegotiated to six billion under pressure from the IMF. To date, nearly $2.74 billion has been disbursed by the Chinese side, mostly in the form of investments.

“There is no anti-Chinese plan (…)”, moderates a source in the presidency, questioned the day after these statements. “We’re not looking for a showdown with our partners (…), who have the benefit of the doubt”. In any case, this was all it took to re-launch the great game of the great powers around the Congolese chessboard.

On 6 May, Ambassador Peter Pham, a key figure in US diplomacy on the continent, greeted with a “Bravo!” an article in the magazine “Africa Intelligence” revealing this upcoming renegotiation of Chinese contracts in Katanga. “The DRC and Africa must not be the battleground of the powers that be. Let’s be vigilant to those who shout about fighting and seek to create hostility,” China’s ambassador to the country, Zhu Jing, commented on Twitter on Friday. This comes as President Tshisekedi spoke by phone on 7 May with his Chinese counterpart Xi Jinping.

“This concerns all miners, but in fact the Chinese have a dominant position in the sector today,” explains the source at the Congolese presidency. “We should expect discussions with all the miners in the coming months,” the source warned. And “this will be done methodically, in accordance with the roadmap set out by the president”.