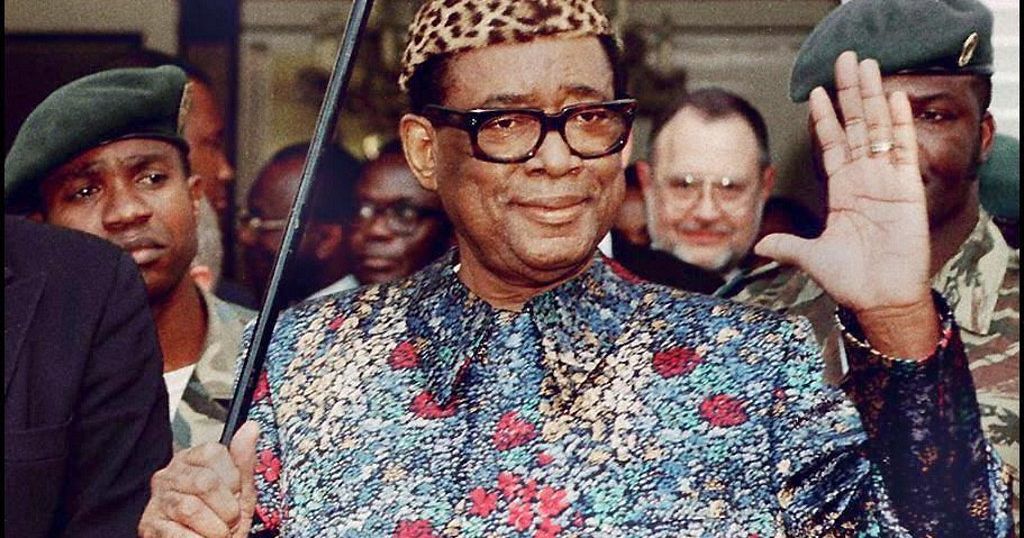 A monument in memory of former President Mobutu Sese Seko has been erected in his town of Gbadolite, in the northwest of the Democratic Republic of Congo (DRC).

A foundation of a Congolese minister erected the statute, a first in the former Zaire.

The installation of this bronze bust, wearing a hat and glasses on his nose, took place on Sunday in Gbadolite, capital of the North-Ubangi province and stronghold of Joseph-Désiré Mobutu, who ruled Zaire (now DRC) with an iron fist for 32 years.

The mayor of the city, Joseph Molegbe, quoted by the Congolese website 7sur7.cd which also published a picture of the monument, expressed his satisfaction with this initiative of the Minister of Territorial Development, Guy Loando Mboyo.

“This honors the memory of this great statesman” Molegbe said. Until now, he added, there was no place of recollection, no monument dedicated to the marshal.

Mobutu Sese Seko, who came to power in a coup in 1965, often wore a leopard hat and carried a cane in his right hand.

He was ousted from power in 1997 by the rebellion of former President Laurent-Désiré Kabila (1997-2001) and then died in Morocco in 1999. His remains have not yet been repatriated to the DRC.

Since then, no monument has been built in his memory by the successive regimes: Laurent-Désiré Kabila, Joseph Kabila (2001-2019) and Felix Tshisekedi (since January 2019).

“The monument was erected as part of the Widal Foundation that Mr. Loando no longer manages since he is now a minister,” a spokeswoman for the Minister of Land Management explained to AFP Mimi Engumba.