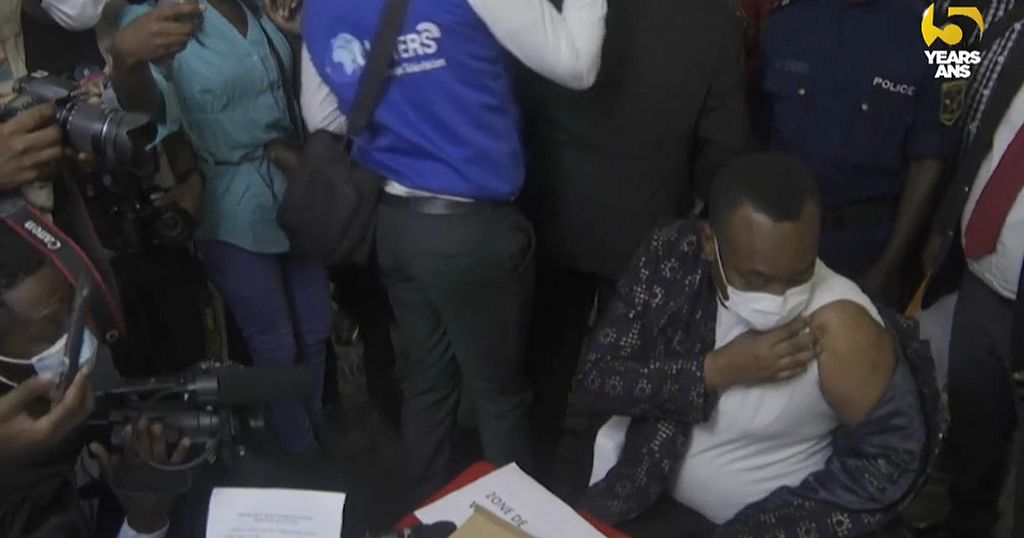 The Democratic Republic of Congo launched its vaccination campaign in Kinshasa on Monday in an official ceremony largely aimed at dispelling doubts and suspicions about the AstraZeneca vaccine, with Congolese officials and diplomats present, AFP reporters noted.

“There are more advantages than disadvantages to being vaccinated,” said Health Minister Eteni Longondo, who was among the first to receive an injection at the University of Kinshasa’s Faculty of Medicine.

The minister was followed by the European Union’s ambassador to the DRC, Jean-Marc Châtaigner, and the UN humanitarian coordinator in the DRC, David McLachlan-Karr.

“This is an important voluntary gesture. A gesture of solidarity towards others,” Châtaigner told AFP, referring to an “effective vaccine”.

Mistrust of the vaccine is widespread in the DRC. Many conspiracy theories are regularly shared on social networks.

Distrust may have been heightened by “the unfortunate communication around AstraZeneca in Europe”, says a Congolese public health official.

In the case of AstraZeneca as well as Johnson & Johnson, suspicions arose in several Western countries after cases of thrombosis (blood clots) in some vaccinated people.

The DRC postponed the launch of its vaccination campaign, initially scheduled for 15 March, “as a precaution”. This postponement was decided after other countries suspended the use of the AstraZeneca vaccine.

After study, the team of Congolese experts “reassured that the AstraZeneca vaccine already available in the DRC does not present any inconvenience to the population”, according to Interior Minister Gilbert Kankonde.

“Vaccination will be voluntary and priority will be given to health workers, vulnerable people suffering from chronic diseases and all those exposed to a large flow in the course of their work,” he said on Wednesday.

The DRC – with a population of more than 80 million – has received 1.7 million doses of AstraZeneca’s vaccine as part of the Covax scheme, which aims to provide 20 percent of the population of nearly 200 countries with Covax vaccines this year.

The DRC has officially recorded 28,956 cases of Covid-19, including 745 deaths since the beginning of the epidemic, according to the latest report published on Sunday.