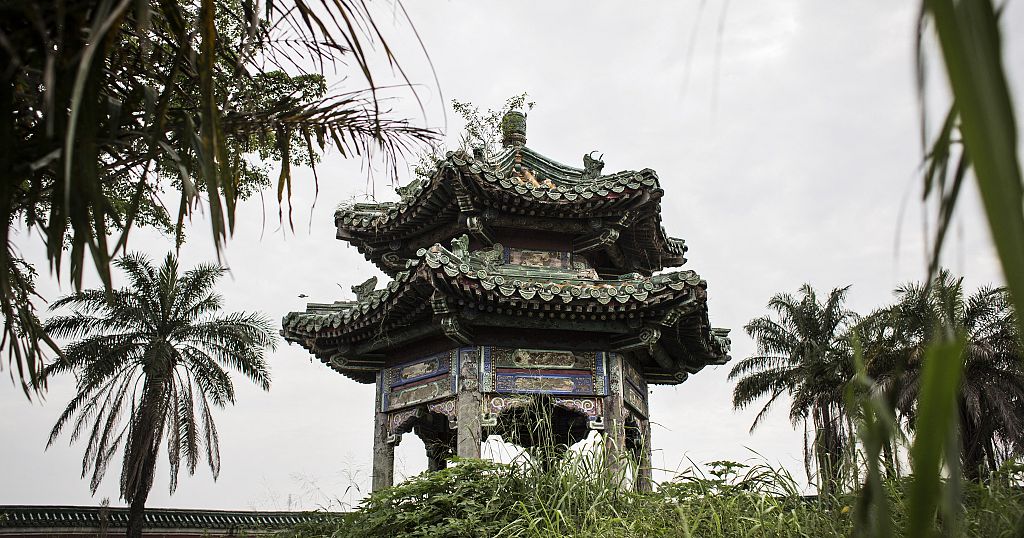 A few ruined walls and a pile of stones under the tall grass are what remain of Mobutu’s luxurious residence in his fiefdom of Gbadolite.

25 years after the dictator’s fall, his name remains associated with “national unity”. Built on a hill in Kawele, 15 km south of the capital of North Ubangi province in the north-west of the Democratic Republic of Congo, the vast estate was a real jewel, nicknamed “the Versailles of the jungle

“If the palace is in this state it is because the crisis is in full swing in the country, if there was no crisis in the country the house of the late Marshal (Mobutu, editor’s note) would not be so dilapidated. The access is open in several directions, thieves come from everywhere, from Wamba (village), from Ngoloma to loot,” said Pierre Mokwe, a farmer.

Mobutu Sese Seko, who came to power in a coup in 1965, often wore a leopard hat and carried a cane in his right hand. He was the icon of DRC but later things fell apart.

According to Prof Romain Ngama, the dean of Gbadolite university said Mobutu maintained a strong media presence making it difficult for the opposition to crush him. He was an enigma whose reign gripped the country inside out.

“Mobutu was demonized through the press, the whole national and international press, which meant that Mobutu’s fallers initially tried to maintain the infrastructure, but then, perhaps because they lacked the means to take charge, they entered the destruction phase,” said Prof Romain Ngama.

To some, his presence meant law and order. According to Oscar Oshobale, who is the Governor of North Ubangi Province, Mobutu’s tenure was respected and feared by the citizens despite its authoritarian nature.

“The dictatorship was there, which has its bad sides but also has its good sides, which helped the country to evolve well, even though there was a dictatorship. But now that there is a democracy, I think that we have taken a step backward because there is no respect for the state authorities,” said the governor.

DR Congo has been going through a raft of demos, especially towards the current President Tshisekedi and the former president Joseph Kabila. To some, the regime changes experienced over the years meant nothing has changed.

“It is unacceptable that 25 years after Mobutu we are in the conditions we are in. It seems that the more we advance in time, the more we descend into hell,” said H.E. Dominique Bulamatari, Bishop of the Diocese of Molegbe.

Mobutu was ousted from power in 1997 by the rebellion of former President Laurent-Désiré Kabila (1997-2001) and then died in Morocco in 1999. His remains have not yet been repatriated to the DRC.