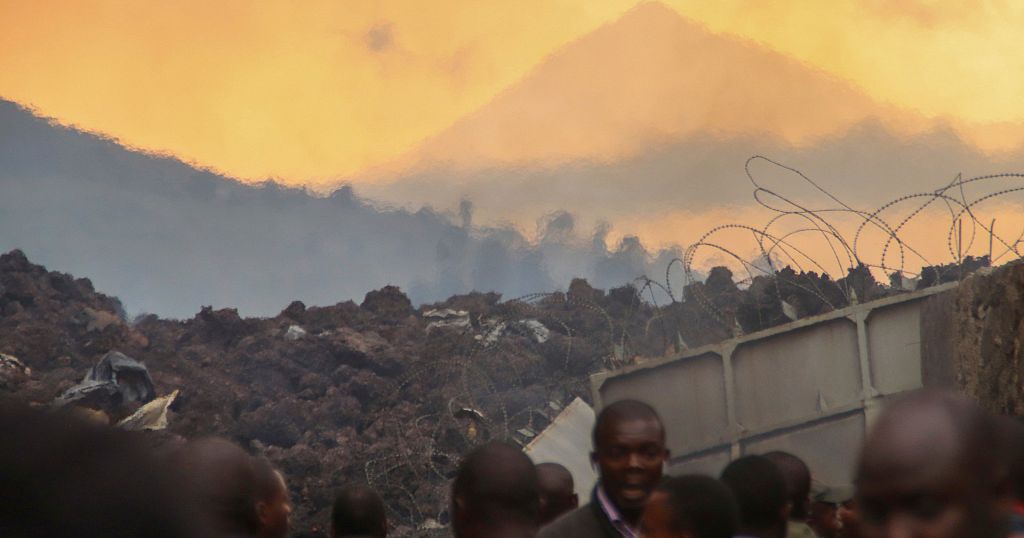 The volcano that erupted in the Democratic Republic of Congo on Saturday had not been monitored for seven months, according to the UN’s radio station Okapi, adding that funding from the World Bank had been stopped almost a year ago.

On Sunday, residents of the Buhene district returned to the tragic scene and many blame Goma’s volcano observatory.

“We realised that the OVG (volcano observatory) doesn’t really care about people. That is why we denounce the incompetence of the OVG. We demand the immediate resignation of the provincial director of the OVG and his entire team,” said resident Kanduki Grace.

“No one ate, children are lost. I lost my whole house that you see there. There was my mother, my brothers, my chickens and a lot of other possessions. I no longer know the role of the Volcano Observatory. “

The lava that descended from the Nyiragongo volcano stopped a few hundred meters from Goma, the main city in the eastern region that borders Rwanda.

On Saturday night, thousands of people were forced to flee to the streets after their homes were destroyed. Thousands of others have fled to neighbouring Rwanda.

The Nyiragongo remains active and authorities call on the population to be vigilant.

No casualties have so far been reported in the latest eruption.