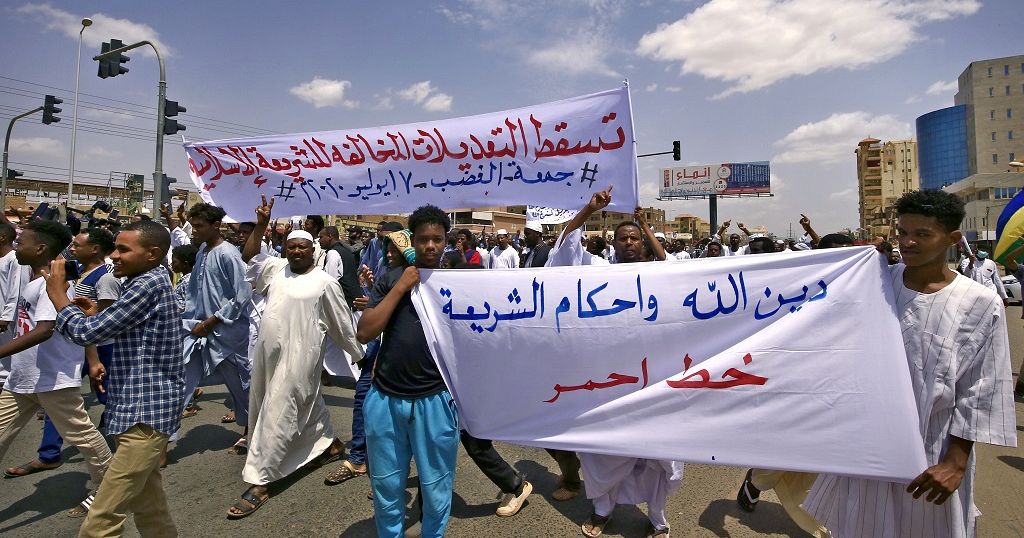 Dozens of Sudanese took to the streets in Khartoum Friday against recent reforms by the government, which they deem anti-Islamic. These reforms include allowing non-Muslims to drink alcohol.

“We won’t allow bars to reopen, we won’t allow prostitution again. This people are Muslims, and this is the voice of the people”, Mostafa Tal al-Sir, a protester said.

For Safia Haj Ahmed “In Sudan, men, women, and children, are all muslims by nature. We won’t allow any interference in Islam. We won’t allow any distortion of the laws of Islam, and today it is our duty to take to the streets until the government falls, God willing.”

Last week, Sudanese Justice Minister, Nasredeen Abdulbari said that Muslim-majority Sudanese can now ‘‘allow non-Muslims to consume alcohol with the condition that it does not disturb the peace and provided they do not do so in public.’‘

According to him, converting from Islam to other religions would also be decriminalized. The announcement came a day after the nation criminalized female genital mutilation.

Late June, Prime Minister Abdallah Hamdok pledged to announce decisions that “may have a major impact” in the country. Security forces blocked streets in central Khartoum and bridges connecting the capital with its twin city of Omdurman.