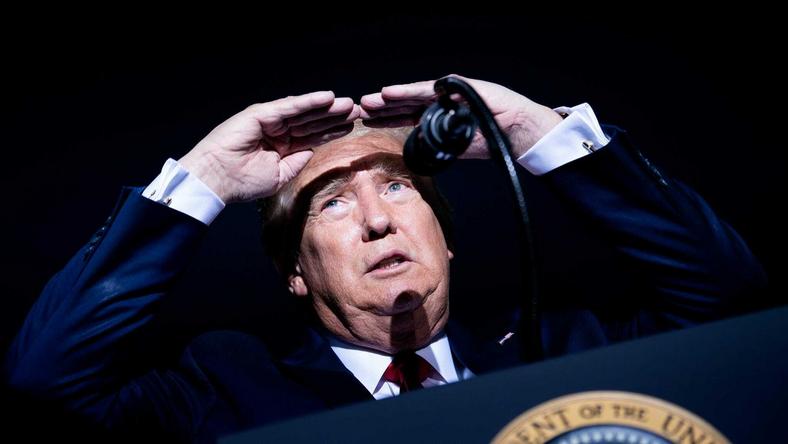 With Americans currently at the polls, the 74-year-old is hoping to stave off a strong challenge from former vice president, Joe Biden, to win a second term in the White House.

The Republican president has been firing off tweets on his official account while millions of Americans cast their votes for an election many consider to be a pivotal moment in the history of the country.

One of such tweets was a video of Nigerians in the West African country marching in the streets.

The march was organised by the Living Christ Mission in Onitsha, Anambra State, and took place on October 25.

“A parade for me in Nigeria, a great honor,” Trump tweeted.

Biden, a Democratic candidate, is confident that he can beat Trump at the polls, but the incumbent president remains bullish about his chances.