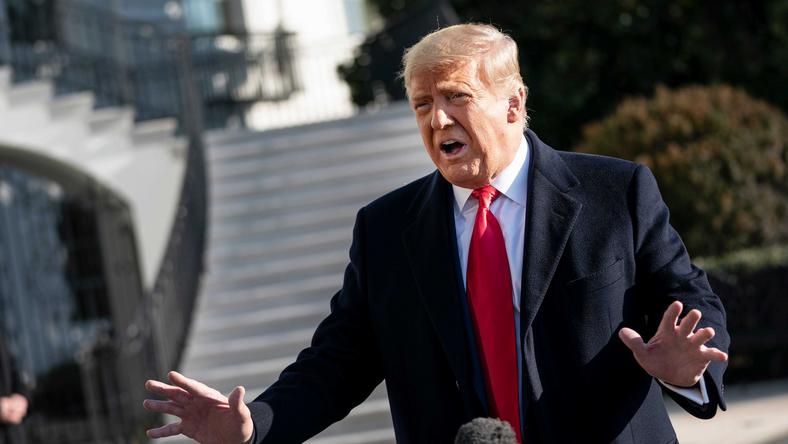 One week before his term is set to end, lawmakers voted to impeach the Republican president on Wednesday, January 13, 2021.

The 74-year-old was impeached for “incitement of insurrection” for his role in last week’s violent invasion of the U.S. Capitol.

Pro-Trump supporters invaded the Capitol Building in Washington DC on Wednesday, January 6 while lawmakers were certifying the result of the November 2020 election won by Joe Biden.

Trump’s remarks before, during, and after the riots have been blamed for inciting his supporters and undermining America’s democratic institutions.

The House voted 232 to 197 in favour of impeachment, with 10 Republicans voting in support of the bid by the Democrat-controlled chamber.

Despite the impeachment, Trump will very likely finish the final week of his presidency which ends on January 20 as the Senate is on recess till January 19.

An impeachment trial at the Senate to convict him on the charge of “incitement of insurrection” will likely happen after Biden has been sworn in, and with the chamber controlled by Democrats.

A two-thirds majority of the Senate would be needed to convict Trump. Senators could also opt to bar him from running for office again, sinking his possible plans to relaunch a second term bid in 2024.

Trump was first impeached by the House in December 2019 on charges of abuse of power and obstruction of Congress, but was acquitted by the Republican-controlled Senate in February 2020.

Dogara faces sack from House of Reps over defection to APC