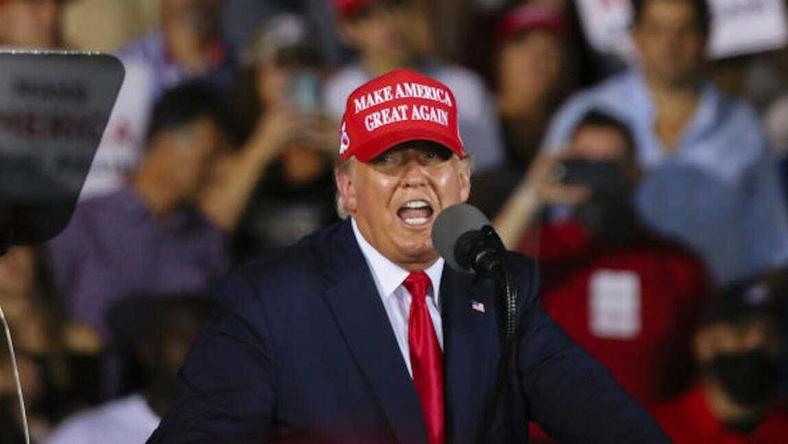 Trump has been trailing his challenger, Democratic candidate, Joe Biden, in electoral college votes since the announcement of results started late on election day, Tuesday, November 3, 2020.

Despite trailing, the election result is still considered by analysts to be too close to call with Trump still with a strong chance of winning.

However, the Republican candidate announced during a press conference early on Wednesday, November 4, that the process is being rigged against him.

“This is a fraud on the American public. This is an embarrassment to our country.

“We were getting ready to win this election. Frankly, we did win the election.

“This is a major fraud on our nation,” he said.

He said to ensure the integrity of the election, he will approach the U.S. Supreme Court to stop all voting.

“We want all voting to stop. We don’t want them to find any ballots at 4 o’clock in the morning and add them to the list,” Trump said.

Trump accused a ‘sad group of people’ of trying to disenfranchise millions of Americans that voted for him.

He said he was getting ready for a big celebration until collation was called off in some states.

The president expressed satisfaction with winning in states he didn’t even expect to win.

He said some of his validly-won votes in Texas were not included in tabulations.

Trump, 74, is currently trailing with 213 electoral votes to Biden’s 221, but he expressed confidence that he’ll win the election.

“As far as I am concerned, we have already won,” he said.

The winner of the election is expected to get 270 electoral votes.

Biden, 77, had earlier told Americans during his own press conference to be patient while every vote is counted.

“We’re feeling good about where we are,” he told supporters.

He also insisted that it wasn’t Trump’s place to declare himself the winner of the election but that of the voters.

Trump’s decision to approach the Supreme Court does not come as a shock as the president has over the past months called the integrity of the election into question.

He has especially raised alarm about the mail-in ballots which he has dismissed as a fraud that will be used to rig the election.

A historic haul of mail-in votes is expected to delay the official announcement of the winner for longer than usual.