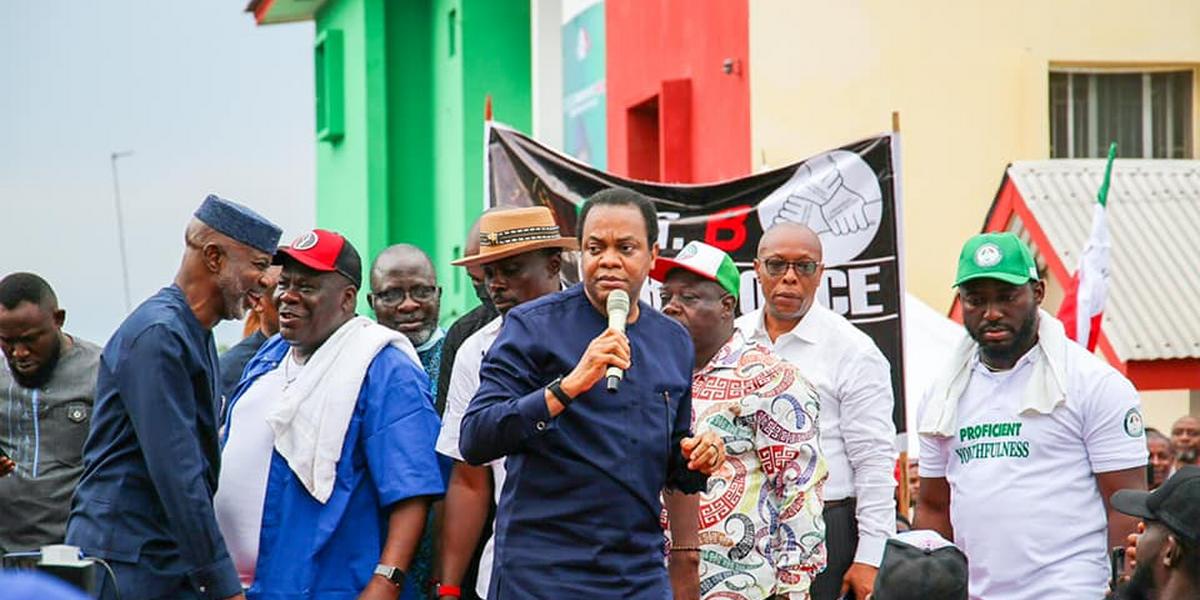 Duke dumped the party in September 2018 to contest the 2019 presidential election on the platform of the Social Democratic Party (SDP).

He had been a PDP member for 20 years and won two terms as governor before he severed ties over the party’s failure to zone its 2019 presidential ticket to a southerner.

Duke was officially welcomed back by the national leadership of the PDP at the commissioning of the party’s new Secretariat in Calabar, Cross River capital on Monday, June 14, 2021.

When he officially rejoined the party last month, Duke said he never left the ideals for which it was founded upon.

He lamented that the party deviated from its early days of structured leadership and adherence to democratic principles, and called for a return to those days.

“Our nation begs for sincere and committed leadership. We can and must do better.

“There is no room nor time for egoistic pandering but selfless service and this, is what the times deserves,” he said.

Duke’s return to the party is considered a win for the PDP who recently lost Cross River governor, Ben Ayade, to the All Progressives Congress (APC).

However, his profile as one of Nigeria’s most personable politicians has dropped since he left the Cross River Government House in 2007.

His presidential run in 2019 was plagued by SDP infighting so much that he, at some point, needed a court ruling to keep him in the race.