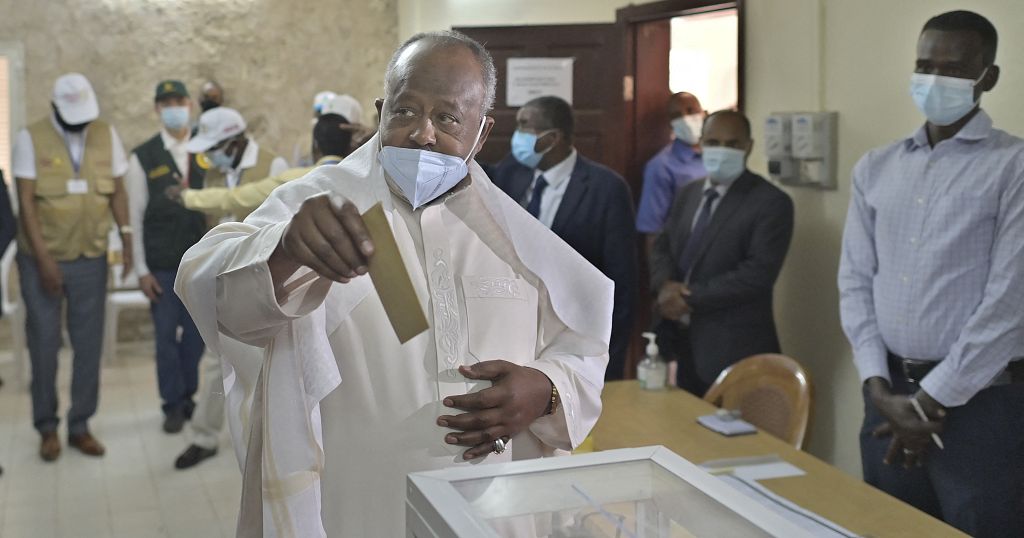 He received 98,58 percent of votes, according to provisional results, meaning he will enter a fifth term.

It is theoretically Guelleh’s last term as a 2010 constitutional reform introduced an age limit of 75 and scrapped term limits.

Guelleh is the second president of Djibouti since independence from France in 1977.

The 73-year-old faced off against his only rival businessman Zakaria Farah, who won less than 5,000 votes.

Farah sharply criticized the absence of his delegates from the polling stations, appearing to suggest that they had been barred from entering

The head of the African Union (AU) observation mission, Ahmed Tidiane Souare, told reporters on Friday that his team had “not met any delegates” of the opponent in the polling stations visited, specifying that this was not an “obligation”. “Until then, everything is going well and calmly,” added the former Guinean prime minister.

The final results will soon be given by the Constitutional Council.

Flanked by Somalia and opposite Yemen, Djibouti has remained stable in a volatile neighbourhood, drawing foreign military powers such as former colonial ruler France, the United States and China to establish bases there.

But the country has also seen an erosion of press freedom and a crackdown on dissent as it has courted foreign interest.

Guelleh, and his extended family, have controlled Djibouti with an iron fist since he was handed power. A rare wave of opposition protests in 2020 were brutally suppressed.