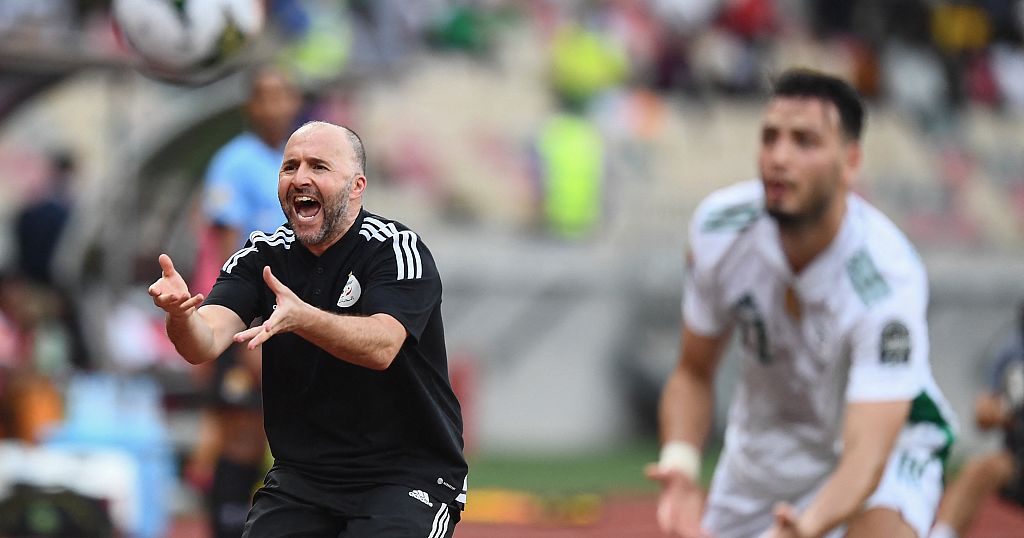 Algeria head coach Djamel Belmadi has said that he will not leave his post with the national team and instead will remain in charge of their qualifying campaign for the 2023 Africa Cup of Nations (AFCON), which will be held in Ivory Coast.

Belmadi had come under mounting criticism following a disastrous defence of their 2019 AFCON title.

At the 2021 edition of the tournament in Cameroon earlier this year, Algeria finished bottom of Group E having taken just one point from three matches.

Looking ahead to the 2023 tournament, Belmadi said:

“We are in qualifying Group C along with Uganda, Tanzania and Niger. As I have said before, everyone knows there are no small teams in Africa. We could see this during the recent Africa Cup of Nations. We saw the group stage where all the teams, and especially big teams, seemed to struggle.”

“Let’s take as an example the eventual champions Senegal, with their first group win coming as a 1-0 victory over Zimbabwe following a 97th-minute penalty scored by Sadio Mane. They then drew 0-0 against Guinea and then also 0-0 against Malawi in their third group match. So everyone knows about how difficult matches against African teams are and the level of African players.”

‘The Desert Warriors’ also failed to qualify for the 2022 FIFA World Cup in Qatar after they lost to Cameroon on away goals in their play-off tie.

Belmadi urged players who wanted to join the team to come up with a fighting spirit as former Algerians did years ago:

“I invite other Algerian players who want to join me with the same state of mind, to come forward and compete for places in the team. It is important for players to show their abilities on the international stage, provide the national team with further options and give me a selection headache.”

There was mounting speculation that Belmadi would resign following those failures, but reported fan support which put pressure on the Algerian Football Federation led to a change of decision