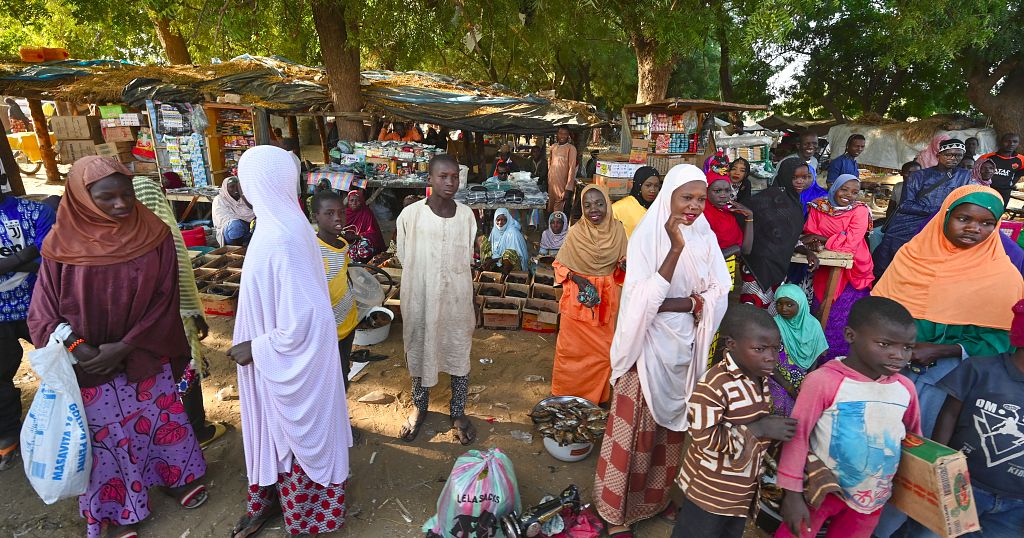 Fourera Adamou has lived with her six children in this camp for displaced people for three years. She found refuge here in southwest Niger’s Tillaberi region, close to Burkina Faso and Mali.

The “three border” zone between the countries is a hideout for jihadists linked to Al-Qaeda and the Islamic State group. Their attacks in the region have multiplied since 2017, and even more so in recent months.

“It was the insecurity that made us leave our village. I remember the day that the bandits came and killed one of us and left with another. Afterwards, they ordered us to leave the village. Everyone, children, old people and us women all came here on foot.” the displaced mother of six children said.

Hamadou Ada left everything behind after armed men on motorbikes terrorised the village. But here, his luck turned. Ada got a leg up from the International Committee of the Red Cross – which provided him with goats and carts.

“I can’t even tell you how happy I am. I just want to thank them for all the support. It really changed my life. Before when I didn’t have this cart, I really suffered, to tell you the truth, even my feet hurt all the time.” Ada said.

For Peter, it is not only the conflict that displaces people and causes problems for these communities. “The effect of climate change too is there, which is evident from all the interviews we have had with the population in a displaced persons’ camp such as this one. But it is also true that for the populations, at first, it is still difficult for a humanitarian actor to foresee the best possible way to deliver that aid.” Peter Maurer, President of the ICRC

Jihadist violence has forced many Nigerian farmers to abandon their land. But drought has dealt the final blow. According to the UN, Niger could have more than 3.5 million people in food crisis by the middle of the year.