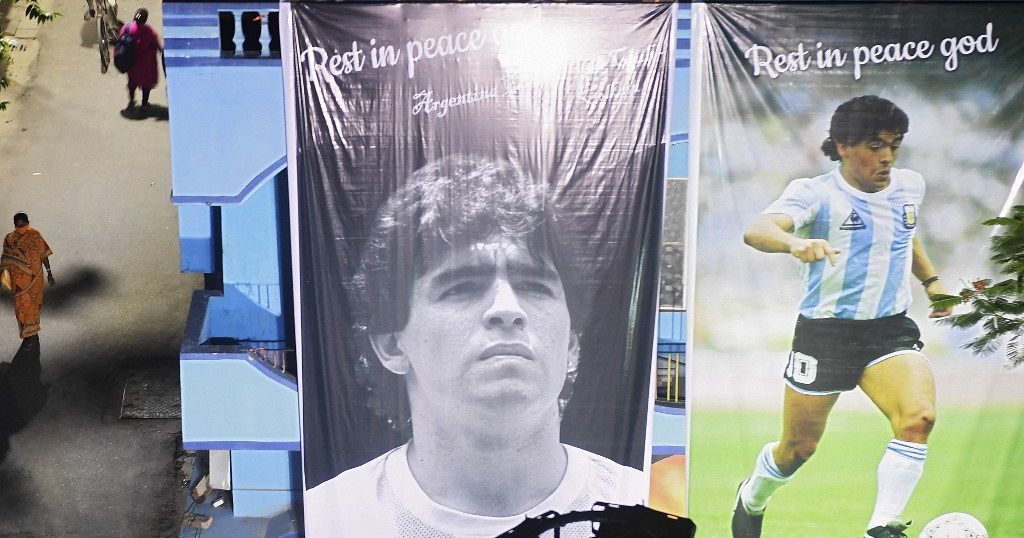 The night nurse of Diego Maradona, the first member of his medical team to appear Monday before the Argentine prosecutor’s office, denied having abandoned his patient to a slow agony, ensuring that he “received orders not to wake him up”.

According to Franco Chiarelli, the nurse’s lawyer, his client “noticed some warning signs”, which he transmitted, but that only “professionals who had an understanding of the situation” could interpret.

He said that he was not informed of Maradonna’s heart problems. “His superiors told him not to disturb the patient. My client had the wisdom to carry out his task (of monitoring) without the patient feeling invaded”, stressed the lawyer at the end of Monday’s long interrogation.

Ricardo Almiron, 37, spent more than seven hours in the office of the prosecutor of San Isidro, in the suburbs of Buenos Aires: he is suspected of having lied by affirming that the idol of the soccer slept and breathed normally a few hours before his death, whereas the autopsy revealed that he was in agony.

Diego Maradona, who suffered from kidney, liver and heart problems, died in 2020 of a heart attack alone in his home in Tigre, north of Buenos Aires, just weeks after undergoing brain surgery for a blood clot. He was 60 years old. “My client has always treated Diego Maradona as a patient with psychiatric complexity, a problem related to abstinence,” added the lawyer before the press.

Retired from the fields at 37 years old, “el Diez” (the ten, his jersey number), had fallen into drugs and alcohol, multiplying cardiac incidents, detoxification, obesity phases, at the risk of his health. Six other members of Diego Maradona’s health care team, including his personal physician and psychiatrist, are to be heard in turn by the Argentine prosecutor’s office as part of an investigation for “manslaughter with aggravating circumstances.”

The Prosecutor’s Office of San Isidro considers that Maradona’s death, on November 25, 2020, was the result of malpractice and negligence of the medical team. The seven members of the nursing staff are accused of not having ensured “the correct administration of medication and psychotropic drugs” prescribed.

The next on the list to be summoned to the Public Prosecutor’s Office, Wednesday, is the nurse Dahiana Gisella Madrid. On Friday it will be the turn of coordinator Mariano Ariel Perroni. The last of the seven to be heard, on June 28, will be 39-year-old neurosurgeon Leopoldo Luque, Maradona’s personal physician.

Two daughters of the former Argentina team captain, Gianinna, 32, and Jana, 25, had shortly after the death publicly pointed to the responsibility of the practitioner in the deterioration of their father’s health, triggering the judicial process.

The seven caregivers are heard free, but are forbidden to leave the territory. After the interrogation, the prosecutor will refer the case to an investigating judge, with his recommendation to proceed or to close the case.

In case of referral to a court, a decision that could take months or even years, they face sentences of eight to 25 years in prison. This will probably go to trial, nothing indicates otherwise,” said AFP a judicial source close to the case.

At the beginning of May, an expert report concluded that the former player had been “abandoned to his fate” by his medical team, whose “inadequate, deficient and imprudent” treatment led to his slow agony. The 20 experts, including the forensic doctors who performed the autopsy and specialists from various medical disciplines, also considered that “the signs of danger of death that he presented were ignored”.

According to the document, “the medical team fully and completely considered the possibility of the patient’s fatal outcome, but remained absolutely indifferent to this issue and did not change their behavior and medical approach. Given the clinical, clinical-psychiatric picture and the poor general condition, “he should have continued his rehabilitation and interdisciplinary treatment in an appropriate institution,” the document insists.

The death of Diego Maradona, considered a soccer genius, created a global shock wave and upset Argentina. Tens of thousands of people attended the wake around the presidential palace, where his remains were transported.

The legendary number 10 had sparkled for his club and for the national team in the Albiceleste shirt. His goal against England in the quarterfinals of the 1986 World Cup, which he renamed the “hand of God”, is part of sports history, as is his second goal, all dribbling.