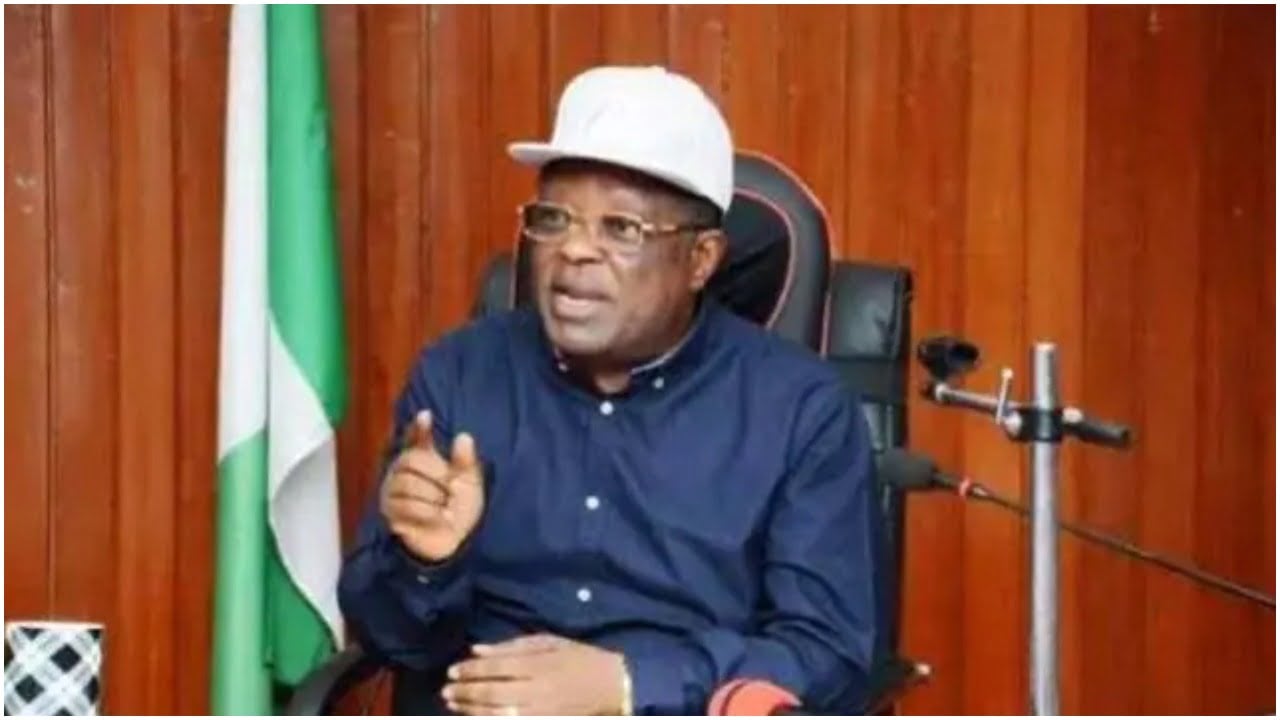 Gov. David Umahi of Ebonyi State has alleged that the Peoples Democratic Party (PDP) is currently writing petitions against him to the Economic and Financial Crimes Commission, EFCC.

Umahi, who stated that his administration will conclude its tenure on May 29, 2023 despite the fights from the opposition party, his enemies tried using the Independent National Electoral Commission, INEC and the courts to end his administration abruptly but failed.

DAILY POST recalls that the Ebonyi High Court had quashed a suit challenging the defection of the governor from the Peoples Democratic Party (PDP) to the All Progressives Congress (APC) in Nov. 2020.

According to the governor, “The enemies have tried using the Independent National Electoral Commission (INEC) and the courts but failed.

“They are presently writing all forms of frivolous petitions to the Economic and Financial Crimes Commission (EFCC).

“We will, however, defeat them anywhere they go and will finish strongly.”