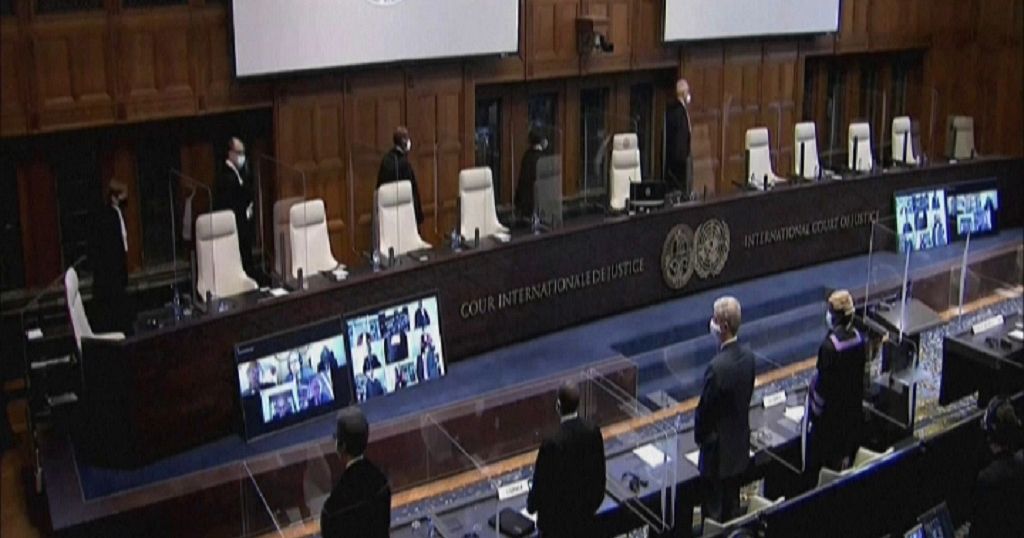 The Democratic Repblic of Congo is making a claim for billions as it accuses Uganda of ”barbarity” over a brutal war 20 years ago.

The accusation was made at the UN’s top court with Kampala telling the International Court of Justice that the suffering of the 1998-2003 war was disproportionate and ‘’ruining us’’.

At the hearing at the Hague-based court Tuesday, Uganda’s Attorney General William Byaruhanga rejected the ‘’staggering’’ demands by Kinshasa.

“As a matter of international law, and state practice Uganda considered the DRC’s unbending demands to be both unfounded and excessive in the extreme. So the parties again stand before this court. What has changed after the DRC revived the case? Nothing except that that the DRC reduced its demand from roughly US dollars 23.5 to almost US dollars 13.5 billion. This significant drop only confirms that the DRC’s claims are rooted in tactics, not reality”, Byaruhanga said.

The International Court of Justice had ruled in 2005 that Uganda had to pay Kinshasa reparations for invading its territory during the war leaving 3 million people dead.

The court must make its final ruling on the amount of compensation after both countries failed to strike a deal via negotiations.

“The armed conflict led by Uganda was very large scale. A five-year occupation followed by very serious breaches of human rights that were verging on barbarity,” the DRC’s legal agent Paul-Crispin Kakhozi Bin-Bulongo told the court.

At the time, Congolese officials said of the original decision that they would claim between $6 billion to $10 billion from Kampala.

They had expected Uganda to “fully assume its responsibility for the injury caused and a substantial contribution”, but that had not happened in the end, Bin-Bulongo added.

Kinshasa filed a new application in 2015, asking the 75-year-old world court to reopen the case and to make a finding on reparations as negotiations failed.

The ICJ, in its 2005 ruling, however also said that Uganda was entitled to compensation after its embassy in Kinshasa was attacked and its diplomats abused.

The conflict at it its height drew in some nine African countries, with Uganda and Rwanda backing rebel forces against the Kinshasa government as they jostled for control of the mineral-rich Ituri region.

Uganda’s representatives will state their case for a counter-claim on Thursday.