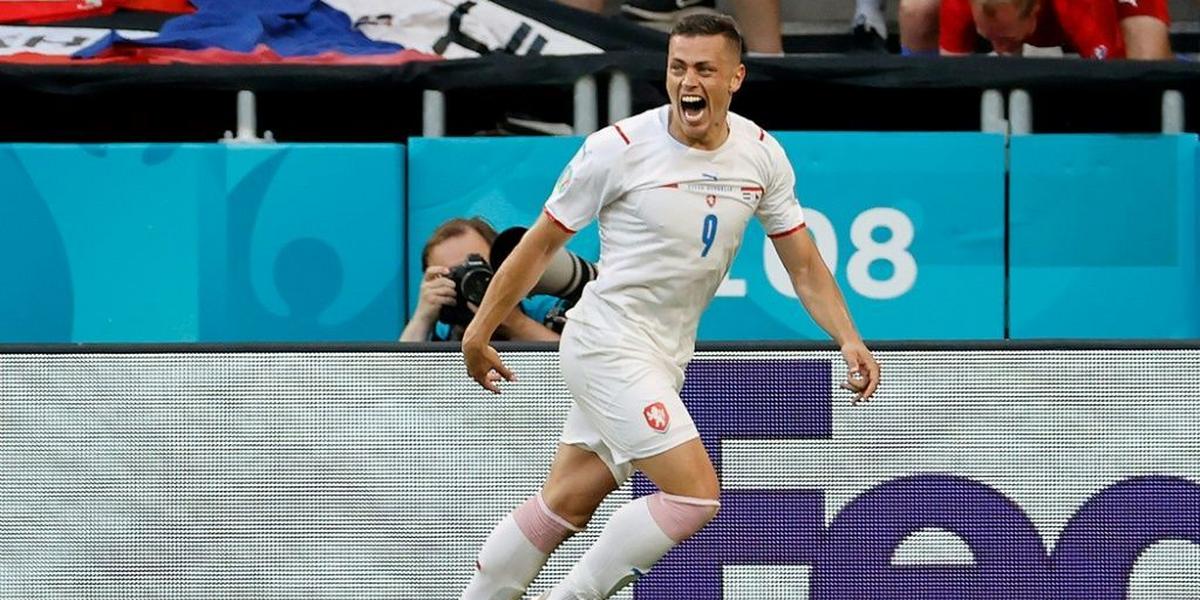 “We apologise for the noise around 11pm,” read a note posted by Jiri Holes on the ground-floor notice board of his block of flats the next morning.

“Just to explain, my brother scored in the 90th minute against Arsenal in the Europa League quarter-final,” he wrote.

When midfielder Holes claimed the opener in Sunday’s Euro 2020 last-16 game against the Netherlands, the Czech television commentator was quick to quip: “I wonder what his family are up to.”

The 28-year-old Holes scored with a header at the near post on 68 minutes, following a corner.

He then spread his arms with a broad smile, knowing he had taken his country past the 10-man orange-clad favourites towards a Euro quarter-final.

“The cross was long to the far post. I was ready at the near post, Tomas Kalas did a wonderful job heading it back and I had an easy job,” the softly-spoken Holes said.

The Czechs beat the Netherlands 2-0 in Budapest, and they will take on Denmark in Baku in the quarter-final on July 3.

Holes was involved in the second goal too — he dashed for a loose ball between the stunned Denzel Dumfries and Georginio Wijnaldum, took it to the box and found striker Patrik Schick with a cutback.

Holes grew up as a footballer in the central city of Hradec Kralove, from which he moved to Jablonec before joining Slavia ahead of the 2019/2020 season.

Slavia bought him as a right-back for a team where the post was taken by Vladimir Coufal, who is now at West Ham player.

“I told him — don’t worry, Philipp Lahm moved to the position from a right-back at 28 and then he was the captain of the world champions. So why not you?” Trpisovsky said.

Holes was not excited at first about what he called “a tough spell.”

“I didn’t play at Slavia and I wasn’t even on the bench many times. And when I played, I was below par,” he added.

But it turned out Trpisovsky had reason.

Holes became indispensable and proved his worth against the Gunners, when, as a defensive midfielder, he stood in for centre back Ondrej Kudela, serving a 10-match ban from UEFA over a racist slur.

He stood up to the task, although Slavia bowed out of Europe at Arsenal’s hands after a 4-0 second leg loss.

Holes played his first international in a makeshift Czech Republic set-up facing Scotland last September when the first-choice team were hit by Covid-19.

He gradually became a permanent fixture in the centre of the Czech midfield, alongside West Ham star Tomas Soucek.

At the European Championship, he was a substitute in their opening game against Scotland, but he was promoted to the starting line-up for their next three matches.

“It’s been a leap, I went to the Euro knowing I would accept any role,” said Holes.

“I didn’t expect to be in the starting line-up. I’m happy for that, I appreciate that and I’m doing my best to stay there,” said Holes.

The guitar-playing family man is known as a modest, hard-working player.

“He never shows off. He doesn’t need an expensive car or clothes worth a fortune,” said his former boss at Jablonec Petr Rada.

“But he knows what he wants. He keeps improving.”

When the Czechs face Denmark in Baku, Holes will be there, and his brother will no doubt be watching.