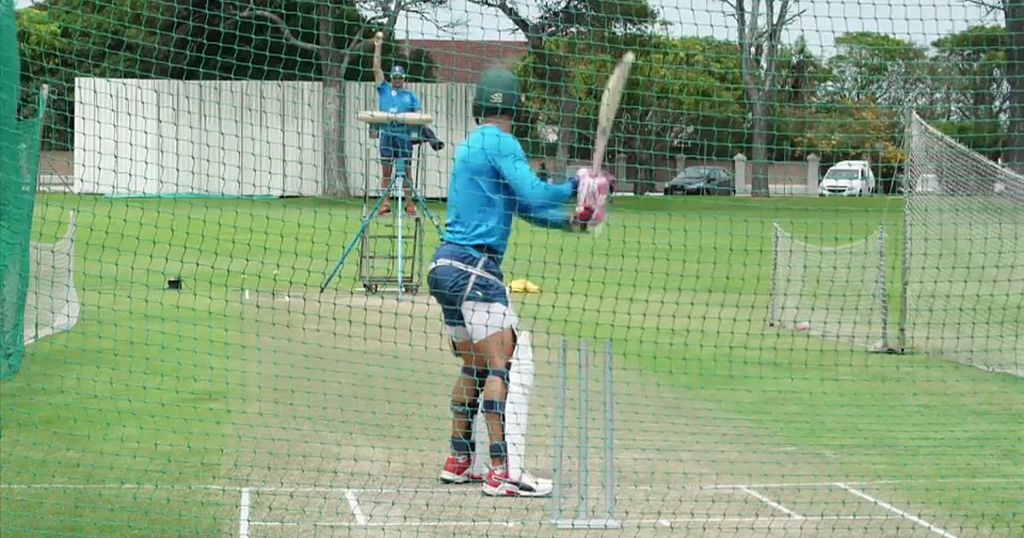 A South Africa cricketer has tested positive for Covid-19 and two other players who have been in close contact with him are now in isolation just over a week before the start of limited-overs series against England.

All three players are asymptomatic, but they are being monitored by medical staff.

Recent tests carried out on around 50 players and staff by Cricket South Africa (CSA) found the one positive result.

The ‘Proteas‘ face England in the first of three T20 matches in Cape Town on 27th November.

The teams will then play a three-match ODI (One-Day International) series from 4th December.

England trained in Cape Town on Wednesday in preparation for their upcoming Twenty20 and ODI (One-Day International) series against South Africa.

The teams will play the first T20 at Newlands Cricket Ground on 27th November before heading to Paarl to play a second match at Boland Park two days later.

– The conclusion of the series –

The series then returns to Newlands for the third and final T20 on 1st December.

A three-match ODI series will get underway in Cape Town on 4th December, with Paarl hosting the second match on the 6th before the teams go back to Cape Town for the conclusion of the series on the 9th.

They will be the first international series played in South Africa since the country went into Covid-19 lockdown in March, and the first time the ‘Proteas’ have played for over eight months.

England won the Test and T20 series on their 2019-20 tour to South Africa, while the three-match ODI series was drawn.