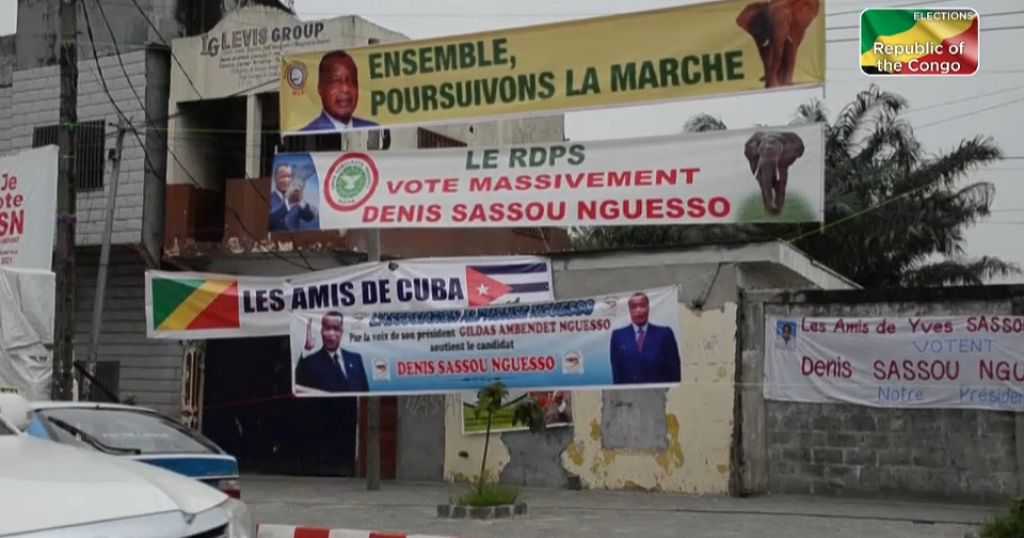 Congo President Denis Sassou Nguesso will face seven challengers in a March 21 election, the interior ministry said Tuesday, though the main opposition has said it plans to boycott the vote.

Sassou Nguesso, who has ruled for 36 years in total, will notably face Mathias Dzon, a 73-year-old former finance minister, and Guy-Brice Parfait Kolelas, 60.

Kolelas, whose father Bernard was briefly Congo’s prime minister in 1997 during the country’s civil war, was runner-up to Sassou Nguesso in 2016.

The candidates’ names will now be sent to the constitutional court for validation, said Seraphin Ondele, interior ministry chief of staff.

While Kolelas is backed by his own political party, the Union of Humanist Democrats (UDH), the country’s largest opposition group, the Pan-African Union for Social Democracy (UPADS), has already said it will boycott the polls.

The 77-year-old Sassou Nguesso, who will be bidding for a fourth term, is a retired general who first ruled from 1979 to 1992 before returning at the end of the civil war in 1997.

Sassou Nguesso’s 2016 victory was marred by bloodshed and claims of fraud, with two of his opponents, Jean-Marie Michel Mokoko and Andre Okombi Salissa, disputing the results.

They were arrested, put on trial and each handed 20 years in jail on charges of undermining state security.

Congo’s Catholic Church said last week it had “serious reservations” about the upcoming elections since coronavirus restrictions and a shaky electoral system could undermine confidence in the vote.