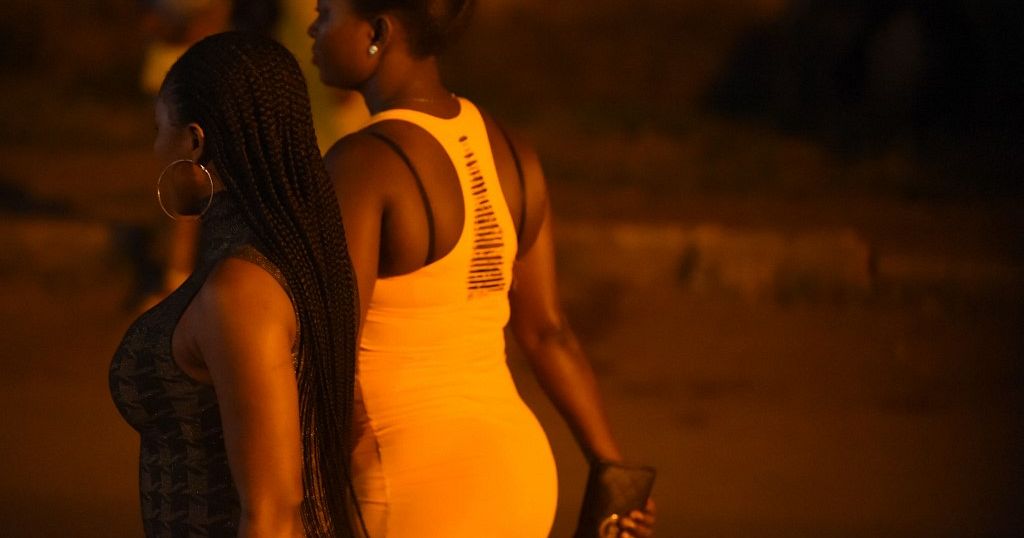 Increasing temperatures and sea levels, changing precipitation patterns and more extreme weather are threatening human health and safety, food and water security and socio-economic development in Africa; this is according to a report by the World Meteorological Organization

It however appears the impact of climate change on the continent goes far beyond these, as it has forced some teenage girls to venture into sex work.

Onita Sibanda, from Hwange district in northwestern Zimbabwe, says most teenage girls moved to urban areas to escape the effects of climate change.

“It’s difficult to quantify the numbers flocking out the villages of Hwange. But our fields have not been producing enough in the past years,” she said.

Swanzy, not her real name is a 16-year-old girl who used to live in rural Zimbabwe now finds herself in the city engaging in sex trade. From married men, high profile people in society, to ordinary men, Sawanzy does not discriminate. To her, all that matters is the ability to raise money for survival. “We are open for 24 hours,” Swanzy says.

Though she seems to be making a living out of this trade, this was not her original idea when she first moved to Epworth, Zimbabwe. “I came here as a babysitter. For six months, I worked as a maid, but it was not lucrative. When the COVID-19 pandemic started, it became worse because the woman I was working for reduced my already meagre salary. So I quit the job,” she says.

For Swanzy, going back home was the least of her thoughts. That was how she finally settled here at Epworth, 12km (7.5 miles) east of the capital Harare, where after meeting friends she was introduced to sex work.

The city is notorious for violence, prostitution, and drugs with a population that continues to increase with rural-to-urban migration.

Swanzy and other teenage girls gather at a spot popularly known as the “booster”, where a tall communications tower shoots into the sky. During the day, the area is quiet, with few people around. However, once night falls it is a beehive of activity as sex workers solicit clients.

Swanzy is not the only girl in this situation. Araba, not her real name said the sex trade is risky, but she has no option. Unlike in the past, job opportunities on farms in rural areas are becoming fewer each year because of the effects of climate change.

“I came at the age of 16. I have a sister residing here in Epworth … I could not supplement my education because of no money. Later on, I found myself joining sex work. Sometimes we are infected with sexually transmitted infections, but it’s business so we seek treatment,” says Araba.

Araba recounts the ravages of climate change in her rural home. The most worrying effects are not the droughts but flash floods, she says, which destroy crops and property – and sometimes human lives.

“In 2020, the year I finished [school], I expected to plant soya beans, which is a less labour intensive cash crop, so that I could pay fees and rent a room. The rains came but they turned into floods and washed away my project,” says Araba.

With well-paying work scarce in the country, the majority of people here get by as street vendors and informal manufacturers, with prostitution becoming another prominent job.

Many of the teenage girls have had to endure sexual abuse and assault from clients who sometimes refuse to pay after their sexual escapades. In Zimbabwe, it is a criminal offence to solicit for sex, which makes it difficult for young women to report wrongdoing against them to the police.

There are currently no available statistics on the number of girls involved in this trade but Memory Kanyati, provincial director of the Zimbabwe Youth Council Harare, says the growing number of children in prostitution is worrying.

“We are seeing many of them involved in this dangerous trade, a situation which is not healthy for them. As a council we represent government aspirations of seeing children developing life skills and capacity to be responsible citizens,” Kanyati says.

Most areas in Zimbabwe have been hit hard by climate change with heatwaves, low precipitation, or excessive rain resulting in flash floods.

David Marekera, the village head in Maramba in Mashonaland East province, 130km (80 miles) south of Harare, said climate change is not only bringing hunger in the community but destroying the future of children.

“To us, the damage is high and irreversible at least for now. Teen boys are quitting school going to artisanal mining in the Mazowe dam. Teen girls are going into child marriages and child prostitution because of hunger,” says Marekera.

It is estimated it will cause average temperatures in Zimbabwe to rise about 3 degrees Celsius (5.4 degrees Fahrenheit) by the end of the century. Annual rainfall could decline by 5-18%, especially in the country’s south.

31 mins ago A. Doris Ehujuo

31 mins ago A. Doris Ehujuo