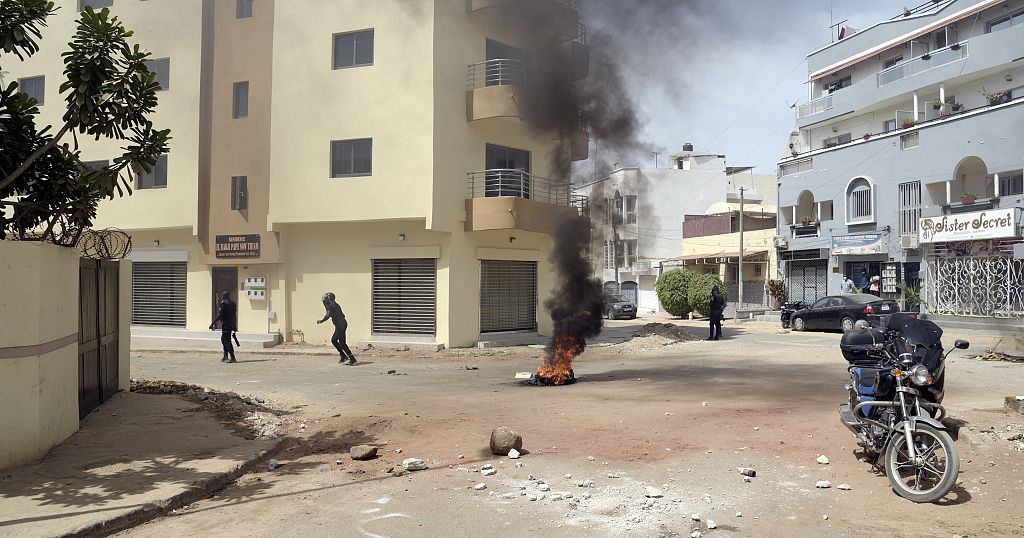 Supporters of an opposition figure, who is accused of rape, come to blows with police on Monday in the capital Dakar.

Controversy has dogged Ousmane Sonko over media reports that an employee of a beauty salon had filed rape charges against him.

Sonko finished third in the 2019 election, which saw President Macky Sall win a second term in office, and is considered a future presidential contender in the West African state.

The 46-year-old head of the opposition Pastef party denies the allegation on Twitter, saying it’s a political plot created by the president.

He had visited the salon to receive massages to relieve back pain and said the rape accusation was an “attempt at political liquidation,” adding that two people had always been present during the massage.

“I explicitly accuse Macky Sall… of fomenting this political plot against me,” he said.

The dozens of protesters surrounded Sonko’s home on Monday and hurled rocks at police officers.

“We are here today to send a strong message to President Macky Sall. To tell him that we will not accept that Sonko be sacrificed today as we did with the other opponents,” said protester Moustapha Diop.

“Sonko is a national heritage that carries a social project to bring Senegal out of its rut. We will not accept today that he should be gagged, intimidated, persecuted or taken away as we have done with the others. “

Sonko reportedly refused to attend a police summons on Monday, saying he had parliamentary immunity- but said he would speak to investigators if it was lifted.

“I left everything to take part in this protest because Sonko is worth the cost,” said protester Fama Sonko.

“They want to silence Ousmane Sonko, but it won’t work. Sonko is the only opponent we have left in Senegal. All the Senegalese youth believe in him.”