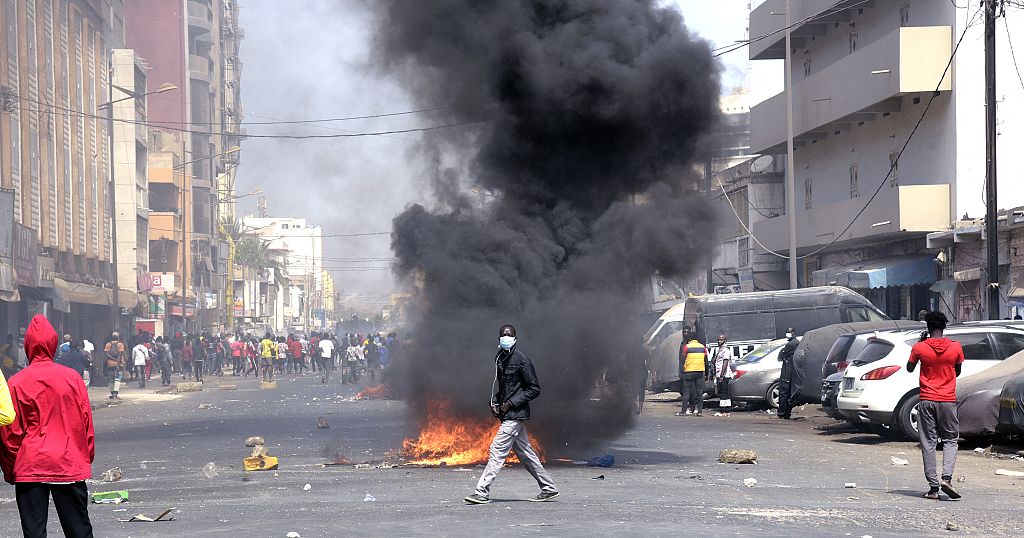 Clashes in Senegal’s capital Dakar erupted for a third day on Friday with hundreds of demonstrators calling for the release of Senegal opposition leader Ousmane Sonko, who has been ordered held in custody at a court hearing.

His arrest two days ago sparked the country’s worst violence in years.

In Dakar’s working-class district of Medina, hundreds of young people fought running street battles with riot police and smoke rose from burning tyres at makeshift barricades in the capital city.

In Mbao, in the city’s outer suburbs, looters also ransacked a French chain Auchan supermarket, an AFP correspondent at the scene said. The chain says at least 14 stores have been attacked during this week’s unrest.

The arrest of Sonko, popular with young people and seen as a key challenger to President Macky Sall, has sparked the worst unrest in years in a West African state often heralded as a beacon of stability.

At least one person has been killed in protests, shops attacked and cars torched on the streets of Dakar since Sonko was first arrested on Wednesday.

His supporters had called for further protests to coincide with his hearing before a judge on Friday on charges of disturbing order.

“Sonko has been returned to custody over the matter of disturbing public order,” attorney Etienne Ndione told reporters after the hearing.

Clashes broke out on Wednesday between Sonko’s supporters and police as he made his way to court for another case where he faces rape accusations — allegations that he denies.

Sonko was then arrested on charges of disturbing public order, a development that sparked angry protests in the capital and other cities.

The custody order issued on Friday, which relates specifically to the public order case, expires on Sunday.

He was not charged on Friday in the rape case and returns to court on Monday for questioning over those accusations, his lawyers said.