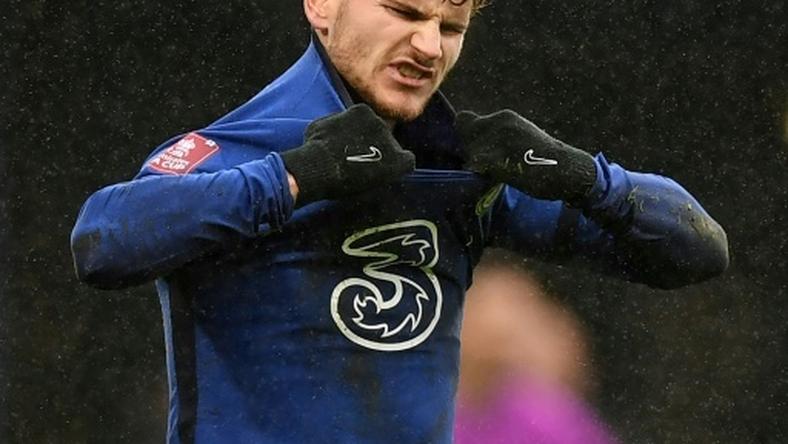 Leicester also sealed their place in the last 16, but had to come from behind to beat Brentford 3-1 thanks to another masterclass from James Maddison.

Manchester United and Liverpool clash later in the tie of the round with Jurgen Klopp’s men under pressure to ease the concern over the English champions’ poor league form.

Lampard is another manager under the spotlight, but there was some relief for the Blues boss as Abraham’s finishing avoided an embarrassing early cup exit.

The England striker struck twice in the opening 17 minutes, first firing into the far corner before heading home from close range for his 10th goal of the season.

However, it was not all plain sailing for Lampard’s men as goalkeeper Kepa Arrizabalaga was at fault for another sloppy goal, while Timo Werner’s lack of confidence will not have been helped by missing a penalty.

Jordan Clark’s low shot crept past Kepa’s woeful attempted save to give Luton a lifeline and the world’s most expensive ‘keeper had to make a much more difficult stop to deny Harry Cornick an equaliser in the second half.

A brilliant team move finally killed the tie off 16 minutes from time as substitute Callum Hudson-Odoi crossed for Abraham to tap home from point-blank range.

Werner had a chance to score just his second goal in 16 games when he was tripped by Clark, but his dreadful spell continued as his tame penalty was saved by Simon Sluga.

With Chelsea now well off the pace in the Premier League and facing a tough last-16 tie against La Liga leaders Atletico Madrid in the Champions League, the FA Cup may prove Lampard’s best chance of saving his job by winning a trophy.

A trip to Barnsley in the fifth round awaits early next month should the former England midfielder steady the ship in the league to remain in charge until then.

The Foxes’ Premier League title credentials will be tested in the coming weeks without their talisman, who faces weeks on the sidelines after a hernia operation.

Brendan Rodgers made eight changes in all and the visitors got off to a slow start when Mads Bech Sorensen bundled home the opener for Brentford.

The Bees are again pushing for promotion to the top flight after missing out in last season’s playoff final, but despite an impressive display, Leicester’s class showed after half-time.

Maddison’s jinking run set up Cengiz Under to fire home the equaliser a minute into the second half.

Five minutes later Youri Tielemans won and converted a penalty to turn the tie around.

Maddison then scored himself for the fourth consecutive game to set up a fifth-round clash at home to Brighton.

Burnley became the first side in nearly four years to beat Liverpool in the Premier League at Anfield on Thursday and continued their brilliant week with a 3-0 win at Fulham.

Jay Rodriguez scored twice at Craven Cottage either side of Kevin Long’s first goal since 2018.

Sean Dyche’s men will fancy their chances of making the quarter-finals as they host Bournemouth or Crawley in the next round.