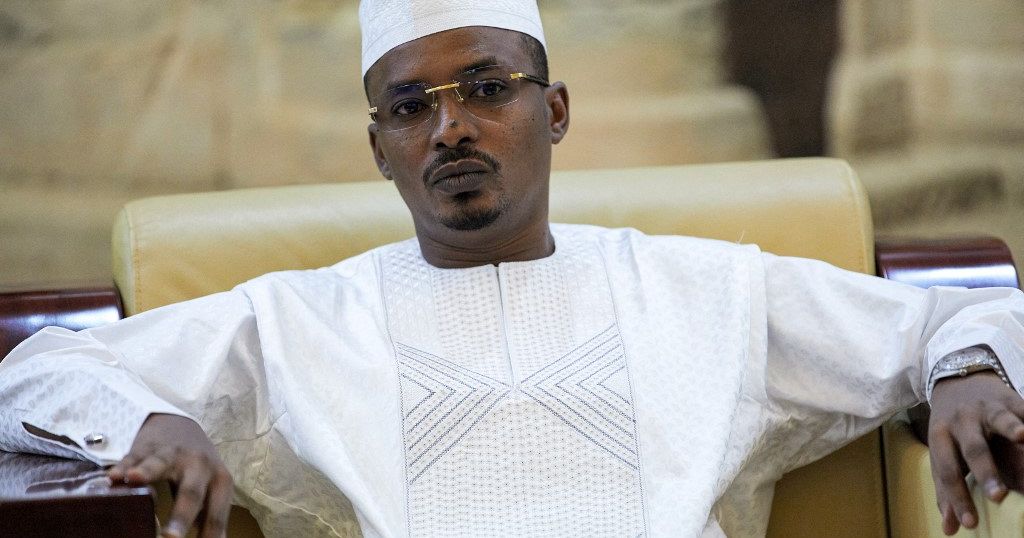 The president of the Chadian transition, General Mahamat Idriss Déby Itno, ended his first two-day visit to Brazzaville on Sunday.

The Congolese President Denis Sassou Nguesso, in his capacity as the current president of the Economic Community of Central African States (ECCAS), called upon the various Chadian actors to participate in the future inclusive dialogue in this country.

“His Excellency Denis Sassou Nguesso reiterated to his interlocutor the support of ECCAS (Economic Community of Central African States) for the transition in Chad. He expressed his congratulations to His Excellency, Mr. Mahamat Idriss Deby Itno for the progress already made by the transitional authorities with a view to the upcoming organization of an inclusive and peaceful dialogue,” Denis Christel Sassou Nguesso, Congolese Minister of International Cooperation read in a statement on behalf of President Sassou Nguesso.

The new strong man of Chad had come to Congo to seek support from ECCAS for a smooth transition in his country.

ECCAS also welcomed the intentions of the Chadian transitional authorities to accept to involve the various armed groups in the national reconciliation process.

“The following people have been designated members of the National Transitional Council,” said the decree signed by the four-star general, who when he declared himself head of the Transitional Military Council on April 20, dissolved parliament and promised “free and transparent” elections in 18 months.

Members of the former opposition of the late president Deby were among the members, but none from the opposition platform Wakit Tamma, or from the civil society organisations who have denounced the coup by the younger Deby.

The NTC “will act as a national assembly of transition” ahead of elections, said a dossier distributed to the media.

Mahamat Deby recently refused to rule out prolonging the 18-month transition period if “certain conditions” were not fulfilled.

On May 11, the junta — headed by 37-year-old Mahamat Deby and made up of 14 other generals — named former prime minister Albert Pahimi Padacke, who was runner-up in the Sahel country’s April 11 presidential election, as interim premier.

Pahimi Padacke was the last prime minister under president Idriss Deby Itno, whose shock death in battle against northern rebels triggered the creation of the TMC.

Idriss Deby, who himself came to power in 1990 at the head of a rebel force, had gone to the region to lead the fighting against the Libya-based Front for Change and Concord in Chad (FACT).

According to the press statement, the 93 members of the NTC were made up of parties previously represented in the dissolved parliament, other parties that were not, members of the security and armed forces, of civil society organisations and youth and women’s organisations.

But the opposition platform Wakit Tamma “is not in the NTC, not one member. We’re on the side of the people,” its coordinator, Max Loangar, told AFP.

Chad has been the theatre of coups and attempted coups since it gained independence from France in 1960.

For France, Chad is an essential ally against Islamist extremism in Africa’s Sahel region.

French forces rescued Idriss Deby’s regime from rebels at least twice — in 2008 and again in 2019.

President Emmanuel Macron attended Deby’s funeral, the only Western head of state to do so.

The United Nations ranks Chad as the third least developed country in the world.

In 2018, some 42 percent of the population lived below the poverty line, according to the World Bank, despite strong oil revenues which make up 40 percent of gross domestic product and more than 60 percent of state income.