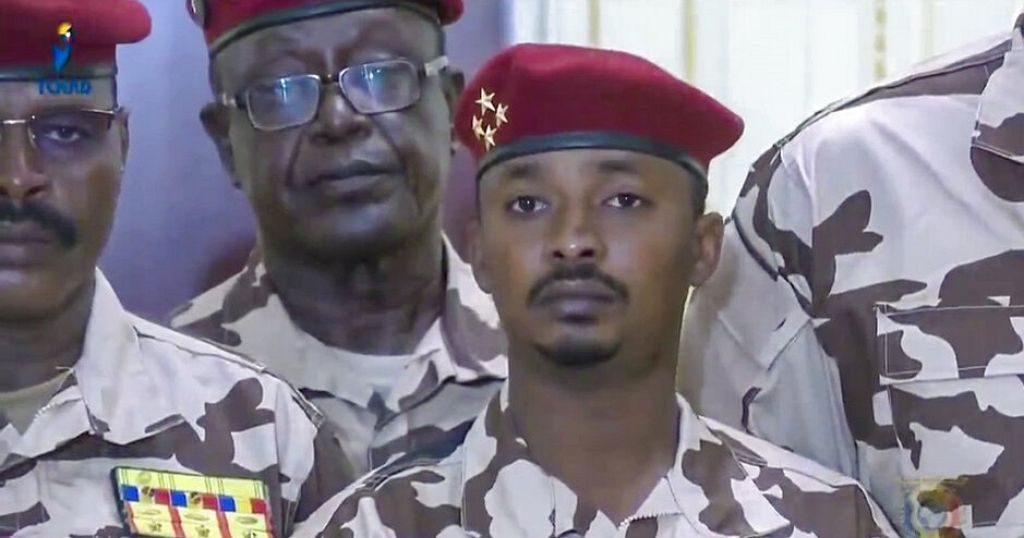 At least two people were killed Tuesday in sporadic protests in N’Djamena and southern Chad against the junta that took power after the death of President Idriss Déby Itno a week ago.

The son of the late president and newly-declared president of the republic, Mahamat Idriss Déby, did not mention the demonstrations once in his televised statement on Tuesday.

“Chad will continue to hold its ground and assume its responsibilities in the fight against terrorism and will respect all its international commitments,

The 37-year-old general who heads the military council in power since the death while fighting FACT rebels of his father, President Idriss Déby Itno, also promised in Tuesday’s televised speech to organise “an inclusive national dialogue” within an 18-month transition period.

The opposition and civil society, who denounce a “dynastic succession” to power, had called for the rallies.

Calm had returned to the capital by late morning after scuffles.

According to a local NGO, the Chadian Convention for the Defence of Human Rights (CTDDH), nine people were killed, seven in N’Djamena and two others in Moundou, in southern Chad.

The president of the Democratic Republic of Congo Félix Tshisekedi expressed his support for the nation’s recent moves.

“On Chad, we have perfectly the same understanding (as France, editor’s note): we must very quickly return to democratic order. “We obviously support the current stability, but on condition that it goes very quickly towards the consolidation of democracy, of democratic institutions.”

Meanwhile, the opposition has decried the new regime as an institutional coup and warned France of meddling in Chadian affairs.

“We call for the respect of the commitments made by the Transitional Military Council, I am in favour of a democratic, peaceful, inclusive transition, I am not in favour of a succession plan. And France will never be on the side of those who form this plan. The time has come to launch a national political dialogue open to all Chadians, which is what is expected of the Transitional Military Council, and this is the very condition of our support.”

Both Tshisekedi and Macron also publicly condemned the violence that broke out in Chad after Déby’s death.

Tensions continue to mount in Chad with the threat of FACT and the political efforts of the opposition both looming over this newly formed transitional regime geared towards eventual democratic elections.