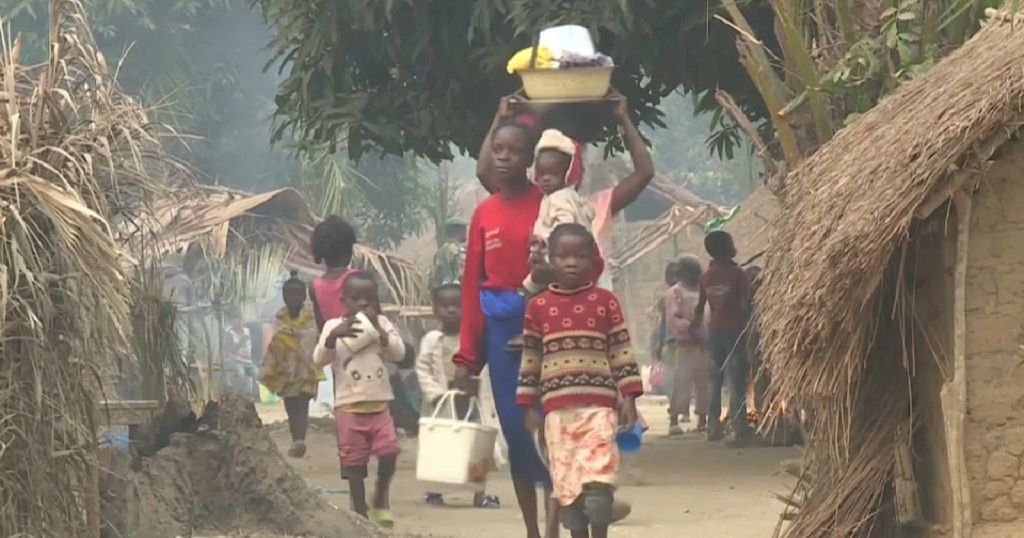 Central African refugees are living in makeshift shelters and struggling to care for their families in hard-to-reach areas close to the border in the Democratic Republic of Congo (DRC).

Some 164,000 more are displaced inside CAR. In DRC, conditions are dire with many refugees still sleeping in makeshift shelters, the Associated Press reported Thursday. They have little or no access to drinking water, sanitation, and food, it added.

Some have been welcomed in host families, and reports indicate that up to three refugee families are living in a single small home.

UNHCR, the UN Refugee Agency has said in response that it was implementing the biometric registration of the refugees to establish the number of new arrivals and to identify people with specific needs or vulnerabilities. Over 65,000 refugees living in very remote and hard to reach areas have been registered so far, it explained.

Following registration, UNHCR has been able to relocate hundreds of refugees away from border areas to safer sites further inland donated by the government, where they can receive further humanitarian assistance and protection.

Relocation from the border area of Yakoma, a district further north from Zongo began in April with refugees moving to a village called Modale that is expected to accommodate up to 10,000 people.

A similar site close to Zongo, in South Ubangi Province is being identified.Nearly one third of the Central African Republic (CAR)’s population of 4.7 million have been forced to flee after years of on and off again conflict.

Close to 120,000 Central Africans have fled their country into neighbouring Cameroon, Chad and the Republic of Congo, with the majority finding safety in the Democratic Republic of Congo (DRC) since election-linked violence erupted in December.