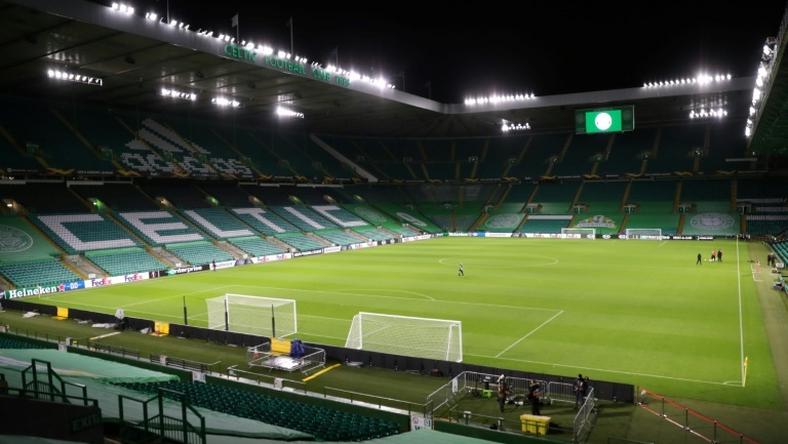 The Hoops are 21 points behind runaway leaders Rangers at the top of the Scottish Premiership, albeit with three games in hand.

Another two dropped points rounded off a damaging day for the Glasgow giants as their decision to go to Dubai drew criticism from Scotland’s First Minister Nicola Sturgeon.

The 13 players plus manager Neil Lennon and a number of the coaching staff were forced into isolation after coming into close contact on the trip with defender Christopher Jullien, who tested positive for coronavirus after the club’s return to Glasgow on Saturday.

Although the rest of the squad tested negative, the others had spent time with the French defender on flights and team coaches.

“While all of the other members of the squad and backroom team have tested negative, we have been informed by the authorities that, having been deemed ‘close contacts’, Celtic manager Neil Lennon, assistant John Kennedy and 13 first-team players will be required to self-isolate on a precautionary basis as required by the current regulations,” Celtic said in a statement.

Scotland is under a nationwide lockdown with only essential travel allowed.

Despite the restrictions, elite sports teams are allowed to travel for matches and training.

However, Sturgeon questioned whether that privilege had been abused.

“I do have doubts based on how the club itself described it, whether Celtic’s trip to Dubai was really essential,” Sturgeon said at her daily coronavirus briefing.

“I have doubts based on some pictures I have seen whether adherence to bubble rules was strict enough.”

Hibs request for Celtic’s players to go through an extra round of testing before the game on Monday were rejected by both the league authorities and the Glasgow giants.

In a statement, the Edinburgh club said they had been threatened with “severe consequences” if they did not fulfil the fixture.

“I thought it would give our players and staff some peace of mind about coming into the environment tonight,” said Hibs manager Jack Ross.

“It was something we requested and something that was rejected by the opponents and the league. There was no option to come here or not.”

Celtic argued they had applied rigorous protocols for their trip, which they insisted had been for “performance reasons”.

However, their slim chances of reeling in Rangers for a record 10th consecutive league title  look gone after Kevin Nisbet’s injury-time equaliser salvaged a point for Hibs.

The absences forced Celtic into six changes from the side that lost 1-0 in the Old Firm derby on January 2.

However, one of their regular starters David Turnbull seemed to have earned the home side victory with a fine free-kick that curled into the top corner nine minutes from time.

Defending set-pieces has been Celtic’s Achilles heel all season and even with a much-changed side it was their undoing again when Nisbet swept home a loose ball after a free-kick into the box wasn’t dealt with.

Earlier on Monday, all professional Scottish football below the top two tiers was suspended due to the soaring Covid-19 infection rates.

The Scottish Football Association board said the suspension of the lower leagues had been agreed after a meeting between the Scottish FA and the sports minister.

Scottish FA president Rod Petrie said: “While the national sport has been afforded the privilege of elite sporting exemption, the risk of mass transportation of untested, largely part-time players is something that cannot be sustained as the cases continue to rise and available hospital beds become increasingly scarce.”

The suspension will last until January 31 and will be regularly reviewed. The Scottish Cup will also be suspended.